Leinster stormed to a 60-13 bonus point European Champions Cup victory over Northampton after a nine-try annihilation at the Aviva Stadium.

Saints' heaviest ever European defeat - eclipsing their 34-point losing margin against Castres in October - saw Leinster make it back-to-back wins over the English side and take a six-point lead at the top of Pool 4.

It was an improved first half showing from Saints, who led 13-5 thanks to Ken Pisi's interception try, but the hosts took an iron grip on proceedings with Adam Byrne's brace and efforts from Luke McGrath and Sean O'Brien.

O'Brien's seven-pointer on the stroke of half-time secured the bonus point at 29-13 and there was no let-up in the second half as tries from Tadhg Furlong, man-of-the-match Sean Cronin, captain Isa Nacewa (two), who crossed the 600-point mark in his Leinster career, and replacement Rory O'Loughlin completed the rout.

Hammered 37-10 at home last week, the omens were not good for Saints early on in the return leg. After Devin Toner's charge-down of a Nic Groom kick and Furlong's bulldozing carry, Adam Byrne finished smartly in the right corner from Zane Kirchner's well-timed offload.

The young winger's try went unconverted and some sloppiness from Leinster at the breakdown allowed Northampton to bite back, Stephen Myler landing two penalties from three attempts for a 16th-minute lead.

Indeed, the visitors managed to open up an eight-point advantage against the run of play. Byrne was hauled down short of the line before Ken Pisi intercepted McGrath's pass and raced 80 metres downfield for a converted try, rubber-stamped by TMO Eric Briquet-Campin.

Nacewa steadied the ship with a penalty and then scrum-half McGrath turned a fumbled ball at the back of a ruck into a snappily-taken try, weaving in from 15 metres out for Nacewa to convert. 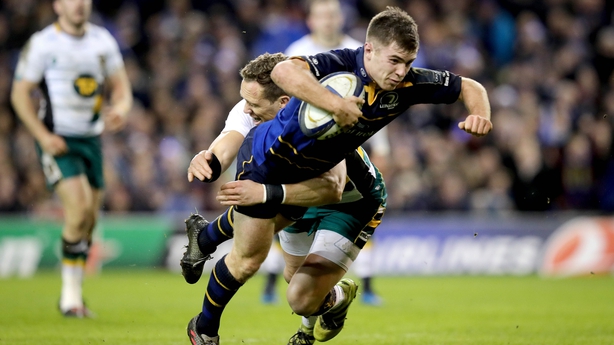 The Leinster skipper also added the extras to Adam Byrne's second effort, Garry Ringrose's defensive pressure on George Pisi leading to a dropped ball and the Ireland Sevens international hoovered it up to break from halfway and raid in behind the posts.

Although Groom prevented another McGrath try after he had been charged down again, Saints lost sight of the ball-carrying O'Brien at a late maul and the Tullow man was allowed to regain his feet and stretch over with Nacewa converting.

Two-and-a-half minutes into the second half, in-form prop Furlong powered over at the end of some excellent continuity, and his front row colleague Cronin followed him over the whitewash in the 46th minute via Ross Byrne's skip pass.

Young fly-half Ross Byrne, on his first Champions Cup start, tagged on a fine conversion from the left and Nacewa soon got in on the try-scoring act, wriggling over out wide following Jamie Gibson's sin-binning for kicking the ball out of a Leinster scrum.

James Tracy's no-look pass was the highlight of another multi-phase move on the hour mark which led to O'Loughlin's try in the right corner, and it went from bad to worse for Saints when Ken Pisi fumbled a cross-field kick and gifted the lurking Nacewa a second try.

There was not even a consolation score for Jim Mallinder's gallant outfit, the grounding of replacement Tom Kessell's try was inconclusive and then a final handling error with the try-line in sight really summed up Saints' woes. 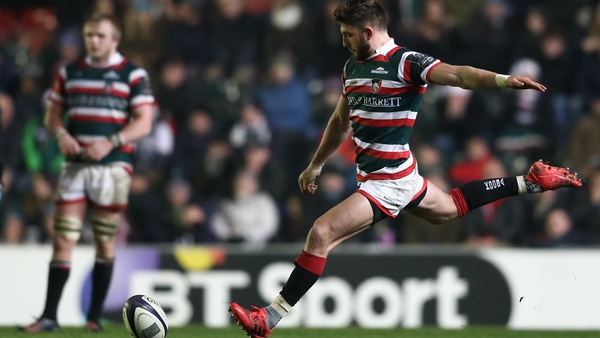 Munster edged out late on in thriller