Munster’s Simon Zebo has praised the work of defence coach Jacques Nienaber and believes their resolute defence has been the cornerstone of their impressive start to the season.

The two-time European champions travel to Welford Road to take on Leicester Tigers (KO 3.15pm, live coverage on RTÉ Radio One) in search of an eight successive win in all competitions and boost their chances of progression to the knockout stages of the Champions Cup.

Rassie Erasmus’ side sit top of Pool 1, a point ahead of Glasgow and five clear of the Tigers with a game in hand on both and will be buoyed by the comprehensive 38-0 defeat of the Aviva Premiership side last weekend.

They also sit top of the Guinness Pro12 and Zebo says the defensive structures set in place by Nienaber, as part of Erasmus’ backroom team this season, has been a huge plus for the team.

“Our defence has been a key factor to our success at the moment and the bit of momentum that we have,” the Ireland international told RTÉ Sport.

“Jacques Nienaber has been unbelievable since he came in and he’s brought a great atmosphere and enthusiasm and bounce.

“Everybody’s got an extra pep in their step.

“We’re coming off the line that one per cent harder and you can see it, it’s evident in our play.” 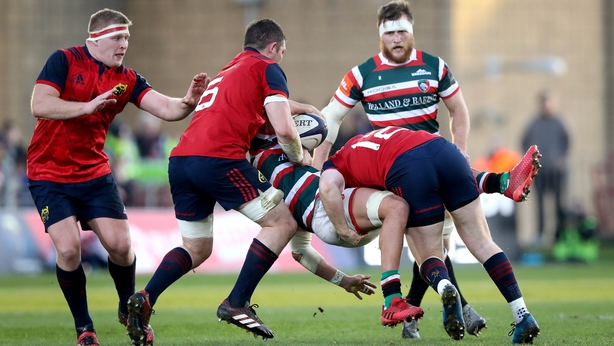 Zebo was on the scoresheet against Leicester, finishing off a 19-phase move that included a back-handed pass from Conor Murray, and is expecting a completely different challenge from the wounded Tigers this weekend.

“It’s easy to get up for games when you are playing at Thomond Park, the crowd we have there, the atmosphere is always incredible, especially in Europe...there’s no place like it in the world.

“Going to Welford Road, which will be a hostile atmosphere and  a real test of the character of the squad, we’ll have to make sure we’re firing on all cylinders if we want to make sure we have a chance of picking up a win.” 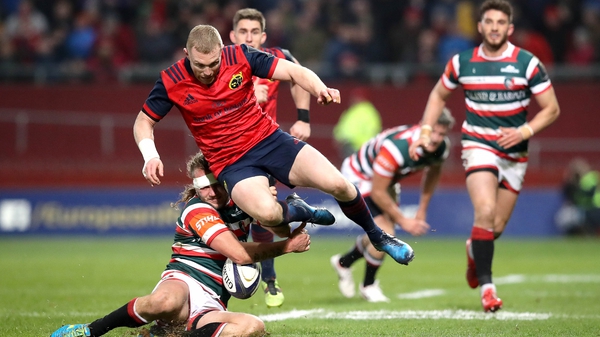