Brian O’Driscoll says it will be interesting to see how England head coach Eddie Jones reacts to Dylan Hartley’s latest disciplinary issue with the Six Nations looming on the horizon.

The hooker will learn on Wednesday if he will be available to lead England into the RBS 6 Nations after being sent off for the third time in his career for his stiff-arm tackle on Sean O'Brien in Northampton's Champions Cup defeat by Leinster, just six minutes after his introduction.

Details of the charge Hartley faces have yet to be issued - the offence could fall under striking or dangerous tackle - but given his disciplinary record, a substantial ban is certain.

A suspension of eight weeks and above would rule him out of the Six Nations opener against France at Twickenham on 4 February. Ireland host England on the final weekend of the tournament on 18 March.

The tackle has been widely condemned and has left England Jones facing awkward questions having appointed Hartley as skipper despite a rap sheet that includes biting, gouging, butting and swearing at a referee.

Anyone actually questioning the Hartley red card look at his reaction to it. Not a murmur of complaint from him. He knew what was coming.

O’Driscoll tolf BT Sport that it was an “incredibly reckless, definite red card,” adding that the fact there were no complaints from Hartley a clear admission of guilt.

"We just have to wait and see what the disciplinary hearing makes of it,” he said.

"That was a swinging arm and it was cut and dried for me. I'm just surprised that certain people did see it that way, because I thought it was as clear cut as I've seen.”

"Beforehand he [Jones] inherited a guy with disciplinary issues but he was not the head man. Now he is"

The former Ireland and British and Irish Lions captain says it will pose a dilemma for Jones who has yet to taste defeat as England head coach.

"It is the first time that Eddie has had to deal with ill-discipline in his tenure,” he said.

“Beforehand he inherited a guy with disciplinary issues but he was not the head man. Now he is, so it will be very interesting to see what comes of it.

"Dylan has been very good by the sounds of things, he has played well for England and they are on a massive winning streak, but your captain needs to be playing.

"Dylan needs game time too in the lead up to the Six Nations. It is very hard for any player to come straight into an international having been laid off for six to eight weeks." 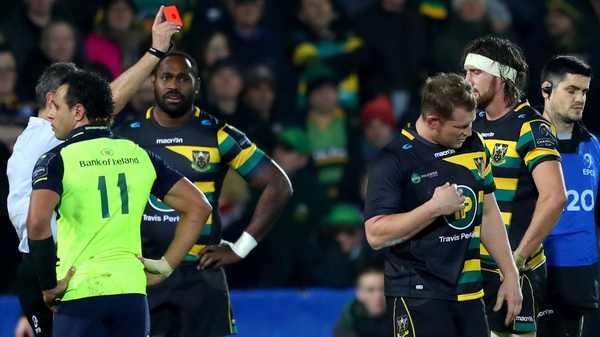