Munster boosted their hopes of reaching the knockout stages of the Champions Cup with a 38-0 hammering of Leicester Tigers and Rassie Erasmus admitted their defensive showing was particularly pleasing.

The two-time European champions eased past the Aviva Premiership side at Thomond Park in a dominant display as Richard Cockerill’s side slumped to their heaviest ever European defeat.

Munster made it 10 points from their opening two game in Pool 1 with tries from Simon Zebo, Jaco Taute (2) and a late penalty try securing the bonus-point win as they sit top with a game in hand.

Speaking to BT Sports afterwards, Munster's Director of Rugby pointed to the strong defensive showing as the Tigers side failed to register a score for the first time since a 33-0 hammering at the hands of Ulster in January 2004.

“I think the guys can be proud,” he said. “They made their tackles... Leicester have a lot of X-Factor players, so to keep them to zero is good.”

When asked if his team will need to remain grounded ahead of the return fixture at Welford Road, the South African insisted this would not be in any doubt.

“There’s no reality check needed from our side. We know what coming our way next week.

“We’ve only played two games. There’s a lot at play still. We’re not fooled by where we currently are on the table

“We’ll enjoy tonight and get back into it tomorrow morning.”

Centre Taute helped himself to a brace in another eye-catching performance in midfield, adding to his reputation since arriving in a short-term deal last August.

The 25-year-old has been one of Munster’s key performers this season, but is scheduled to return to the Stormers and Super Rugby on 1 January.

Erasmus hinted that talks to keep the 25-year-old, signed as injury cover for Francis Saili, are still ongoing and admitted he would like to see the player remain.

“It would be great to do that but we have to always keep talking to the IRFU and secession planning and how we bring youngsters through.

“There’s a much bigger picture.

“We must make sure if we make decisions like that it’s in line with what we are doing. If there’s any options for us to do that while bringing youngsters through, that would be great.”

Cockerill meanwhile conceded that his Leicester side were thoroughly outplayed in a sobering defeat, condemning them to their second defeat of the pool stages.

“Credit to Munster. We were beaten in every department. They were in top form and there are no excuses from us,” he told BT Sport. 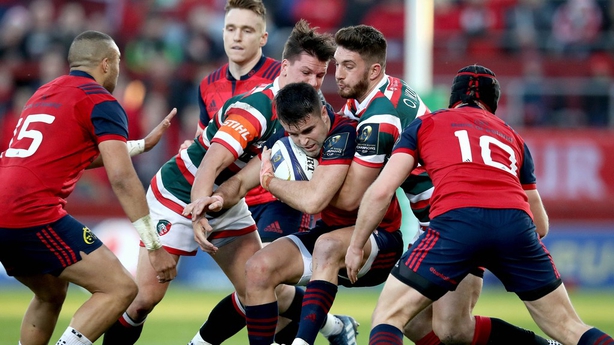 “We have an opportunity next week to put a bit of pride back into what happened today.”

When asked whether the Tigers had effectively conceded any chance of qualification from the pool, Cockerill remained defiant.

“We’d never concede it, but it’s very difficult. If we play like we did tonight we won’t be qualifying from any pool.

"I'm disappointed with the performance, full stop - there is no getting away from that.

"The reality, and it starts with me, is that the performance was not acceptable - 38-0 is not where we want to be.

"The one good point is that we bring Munster to Welford Road next week. We have it all to do. We have to salvage some pride from where we were this evening because our two away games in this pool so far have been pretty disastrous for us. 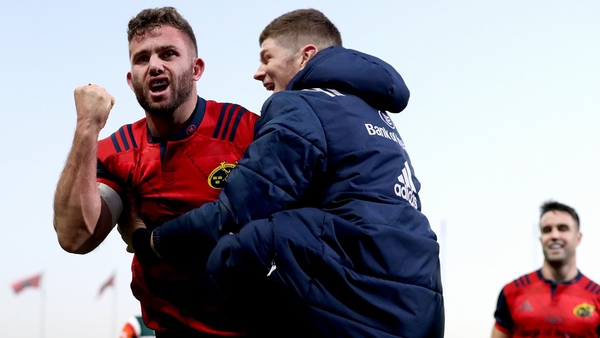