England number eight Billy Vunipola faces a battle to be fit to play any part in the RBS 6 Nations after undergoing knee surgery that has ruled him out for at least three months.

The Saracens number eight sustained torn cartilage at the end of the first half of Saturday's 27-14 victory over Argentina at Twickenham and had to be driven off the pitch on a medical cart.

"Billy's been absolutely fantastic for England over the last 11 months and we wish him a quick recovery," head coach Eddie Jones said.

Vunipola's absence begins with the match against Australia on Saturday, when England will seek to amass a record-equalling 14th successive Test victory.

It is a savage blow for the world player of the year, who has been a revelation since Jones took control of the team last November, and he could miss the entire Six Nations with the best-case scenario for his recovery seeing him return to play in early March.

Until his knee was damaged as England defended their line against the Pumas, he had been outstanding once again and there is now a void at the heart of the Grand Slam champions' back row.

"Billy has been a very influential player in the set-up and there's no doubt he'll be missed for the game against Australia, but where there's an injury there's an opportunity for someone else," Jones said.

"We've had five or six front line players missing throughout the series so I've no doubt we'll adapt and work that little bit harder this week.

"I'm sure the players will respond to this by going up a level and peak for this game."

Ireland host  England on the final weekend of the tournament on Saturday 18 March. 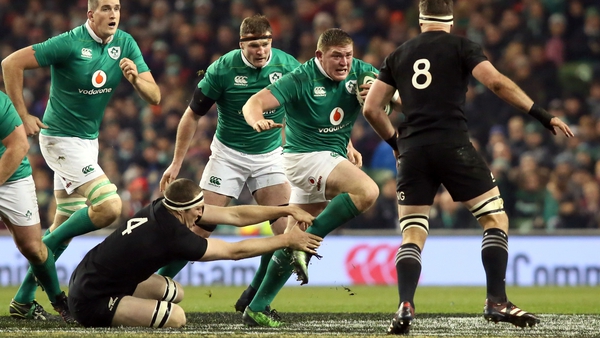