Munster are the new Guinness Pro12 leaders after coasting to a seven-try win over Benetton Treviso at Thomond Park.

Andrew Conway and Ronan O'Mahony scored two tries each, while Robin Copeland started the rout with a pushover effort and Darren O'Shea and replacement Alex Wootton grabbed their first senior scores for the Irish province.

Second row O'Shea sealed the bonus point in the 42nd minute, and energetic wingers O'Mahony and Wootton restarted the scoring with three touchdowns in the closing 16 minutes, as Rassie Erasmus' men climbed a point clear of Leinster at the top of the table.

The hosts actually took a while to settle, former Leinster fly-half McKinley booting Treviso into an eighth-minute lead before Bleyendaal responded on the quarter-hour mark.

A terrific five-metre scrum saw Munster march Treviso back over their line for number eight Copeland to touch down in the 20th minute, with Bleyendaal converting for 10-3. 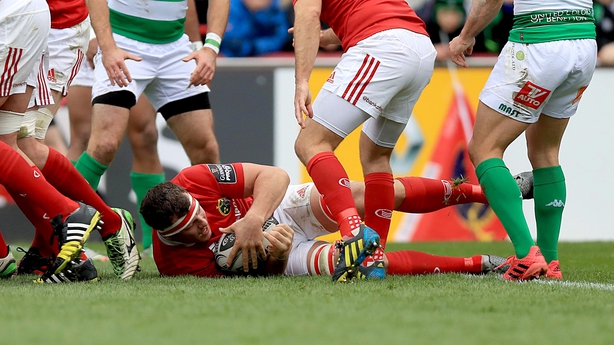 The New Zealander increased his influence with a well-weighted chip through, O'Mahony raced up to pressurise the Treviso cover and the onrushing Conway pounced on the loose ball for an unconverted try.

Darren Sweetnam did well to thwart Michael Tagicakibau from McKinley's dangerous cross-field kick, before Munster extended their lead to 19 points with a brilliantly worked 34th-minute try from inside their own half.

Bleyendaal's deft kick pass found O'Mahony, at full tilt, and he did well to link with the supporting Conway who sped along the left touchline for a classy seven-pointer.

O'Shea's first Pro12 try, barely two minutes after the restart, saw him charge onto a Bleyendaal pass and he proved unstoppable from close range. The Kiwi threaded the difficult conversion through the posts for good measure.

Without a large number of players through international call-ups and injuries, Treviso continued to struggle at set-piece time and could not penetrate a solid Munster defence, which was typified by young debutant centre Sam Arnold.

The game lulled along with Munster guilty of poor discipline, before O'Mahony made it over in the corner in the 64th minute after an initial maul had been held up.

Wootton made an immediate impact off the bench, and the Ireland Sevens international rounded his man for the second time to notch a deserved try, converted by Ian Keatley.

Munster could have had a couple more scores late on, but they did register a seventh of the afternoon when Copeland used lineout ball to break to the blindside and feed O'Mahony for another crisp finish. 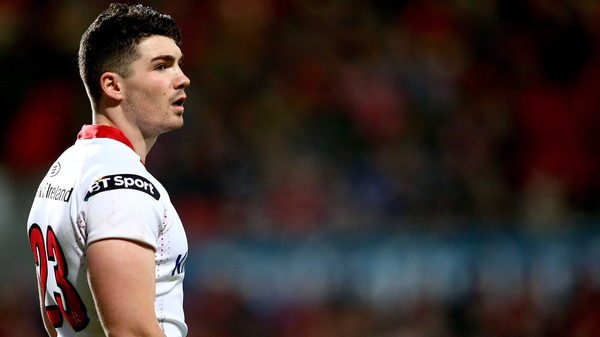