Donal Lenihan believes a much-changed Ireland will have enough motivation against Canada to match their historic win in Chicago, as players stake their claims for squad places against Australia and New Zealand.

The Irish squad will have little time to bask in the glory of the first-ever win over the All Blacks at Soldier Field Stadium as Canada lie in wait this weekend, with Steve Hansen’s side waiting for revenge on 19 November followed by the Autumn Series finale against the Wallabies a week later.

Schmidt is expected to ring the changes for the clash against the side ranked 18th in the latest IRB world rankings, sandwiched between USA and Uruguay.

One man definitely ruled out is Jordi Murphy, who will be out of action for between six and nine months after damaging the ACL in his left knee, though Lenihan expects wholesale changes.

Peter O'Mahony and Seán O'Brien could be called in after featuring in the Guinness Pro12 at the weekend as they battle back to full fitness, while the more inexperienced members of the squad will be chomping at the bit to get game time in the green jersey.

Lenihan expects the performance in Chicago to be the standard-bearer for the group.

“You’ll see a different approach. I don’t think anybody that started against New Zealand will play against Canada,” he told RTÉ Sport.

“The interesting one for me is will he give game time to the likes of Seán O’Brien and Peter O’Mahony, to try and get them up to match speed?

“I think you could see opportunities for some of the younger guys, perhaps Darren Sweetnam, Tiernan O’Halloran, who was capped in South Africa.” 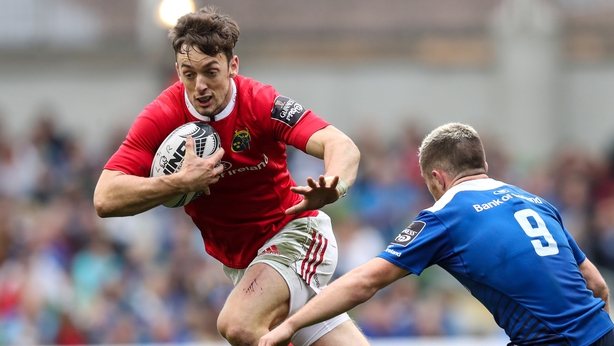 Sweetnam is one of the uncapped players in Schmidt's squad

A special team performance was required to end the New Zealand hoodoo and the RTÉ rugby analyst believes this will have a knock-on effect on the rest of the squad.

“By making all those changes, I think the hunger that we saw in Chicago will be replicated by all the new guys coming in," he said.

“They know a standard he been set and they have to try and reach that.

“What you are going to have is all those players trying to somehow break into the match-day squad for the return match with New Zealand.” 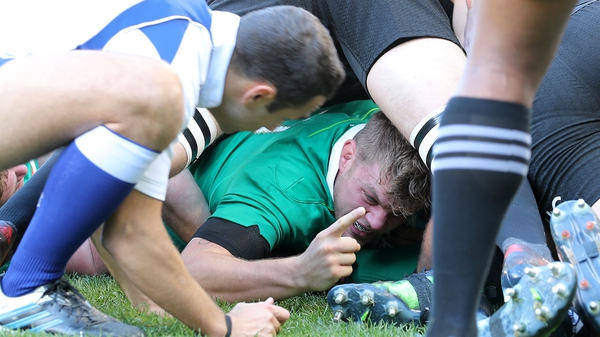 Jordi Murphy ruled out for up to nine months