Ireland’s defence coach Andy Farrell says the focus of the squad is firmly on the challenge of the All Blacks this weekend in Chicago and not matters off the pitch.

Joe Schmidt’s side take on the world champions at Soldier Fieldon Saturday and the odds are stacked against a first-ever win over their illustrious opponents.

A win for the Steve Hansen’s side would be their 19th on the bounce and the task facing Ireland has been made all the more difficult with the unavailability of Peter O’Mahony, Seán O’Brien and Paddy Jackson.

O’Mahony and O’Brien are continuing their recovery to full fitness and are expected to be available for the rest of the Autumn Series schedule, but Ulster out-half Jackson did not travel to America for ‘personal reasons’.

The PSNI has confirmed that Jackson, along with team-mate Olding, has been questioned in connection with a number of alleged sexual offences.

A statement from Ulster Rugby said the players deny any wrongdoing Mr Jackson's solicitor, Kevin Winters, said his client completely rejected any allegations against him.

"I think there's been a bit said about it already and Ulster have come out and made a statement this morning," he said.

"We'll reference you to that and we'll get on with our own business.

"We've got a big week ahead of us here in Chicago. Little preparation, our focus has to be on the game and we'll make no further comment."

Pressed again, Farrell insisted that their energies were being channelled into Saturday’s game.

“I'll make no further comment because we've got a big job ahead of this week with preparation, etc., so I hope you'll respect that," he said.

Farrell also indicated that O’Mahony and O’Brien could feature in the Series with home games against Canada, New Zealand and Australia to follow the Test in Chicago. 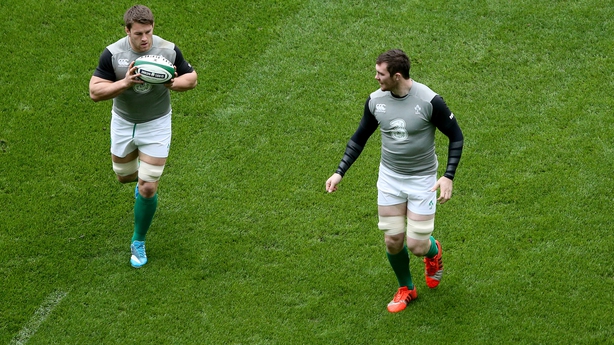 “They came into camp and trained with us for the day before we left. Being the animals that they are, of course every international player wants to be involved as much as they possible can," Farrell said.

"But they understand that we've got players in form, players that have played quite a lot of minutes.

"They're involved in the squad and they'll meet back up with us when we get back in Ireland." 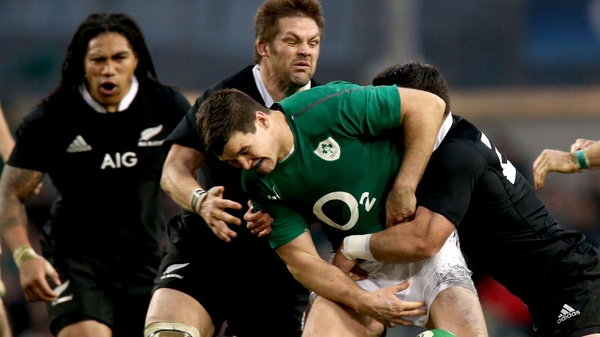