Despite losing two of the greatest players ever to grace the game, the New Zealand juggernaut hasn’t shown any signs of slowing down, a fact that isn’t lost on Johnny Sexton.

The Ireland out-half and team-mates will face the mighty All Blacks, who are on a record 18-game winning streak, on Saturday in Chicago [8pm Irish time].

Their international rivals might have hoped that winning back-to-back World Cups, and losing a handful of stars might have seen a slight drop in standards, or at least a year or two of regrouping, but such is the culture that exists, that wasn’t allowed to happen.

One might wryly observe that Dan Carter and Richie McCaw were holding them back all these years.

Since losing the duo to retirement in 2015, Steve Hansen’s side have extended their unbeaten run by ten games.

The average winning margin over the entire run is 28 points, and they score 5.7 tries per game. Awesome.

Sexton is an admirer.

“To lose two of the greatest players that have ever played, McCaw and Carter, their captain and vice captain, and then to just seamlessly go again has been very impressive,” he tells RTÉ Sport.

“Even when you talk about [France-based centres] Ma’a Nonu and Conrad Smith, who played so many games together, and they just replace them and it’s like there’s no transition period or anything.

Although Ireland recorded their first away win over South Africa in summer, there is a feeling that they are not at the level that saw Joe Schmidt's side win the 2014 and 2015 Six Nations. 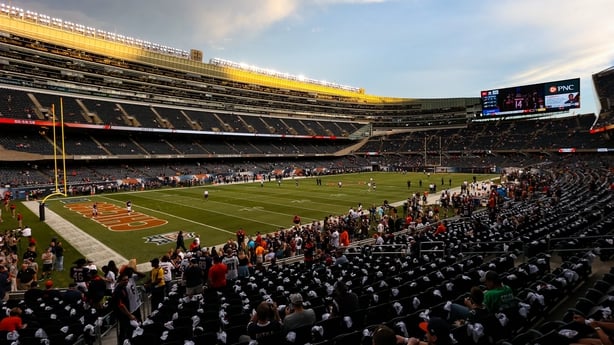 They’ll take to Soldier Field without Sean O’Brien and Peter O’Mahony, two battle-hardened warriors who could be relied upon in such a fight. Should anything happen to Sexton, uncapped Joey Carbery is in line to stand in.

Does the three-time Heineken Cup winner see a chink? After coming so close three years ago in Dublin, can Ireland beat New Zealand?

“That’s the challenge now, to be better, to be the best team they face over the last 18 games," says the 31-year-old.

"We hope that we can test them in ways they haven’t been tested before.

“We just need to focus on ourselves and make sure that we get our performance right because what we don’t want to be doing on Monday is saying, ‘Oh, if we played our best [what would have happened]’. 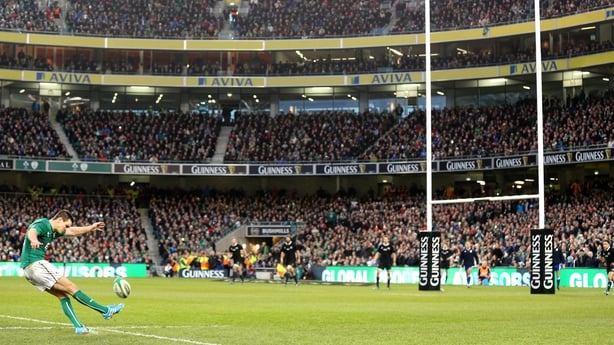 The Leinster fly-half missed a late kick in the 2013 defeat, at a time when three points would have given Ireland a cushion and required New Zealand to get two scores for the win.

“We learned more from that game than any other,” says Sexton of the last-minute loss.

“It was all really off the back of that game and the previous game against Australia.

"We learnt some pretty harsh lessons and the end of that game so hopefully we can take it into this one.”