Rassie Erasmus said it was a “humbling experience” when Ulster management and players joined Munster in their changing room to share a drink after an enthralling Pro12 encounter at Kingspan Stadium.

The visitors fought back from trailing 14-0 just before the break to leave with the win courtesy of a 74th-minute drop goal from Rory Scannell.

It consigned Ulster to their second successive Pro12 defeat to provincial opposition, while it was second win on the bounce for Munster following the passing of head coach Anthony Foley.

A commemorative plaque has been put in the away dressing room in honour of Foley and after the match, Ulster captain Rob Herring and his team entered the Munster dressing room with a crate of beer to mark an emotional fortnight for the southern province.

Speaking to RTÉ after the match, Munster’s Director of Rugby said it was a “fantastic” gesture by their hosts on a special night for his team.

“Even if we lost that game I would have been more sad, but the spirit in which the game was played was unbelievable by Les and his team,” he said. 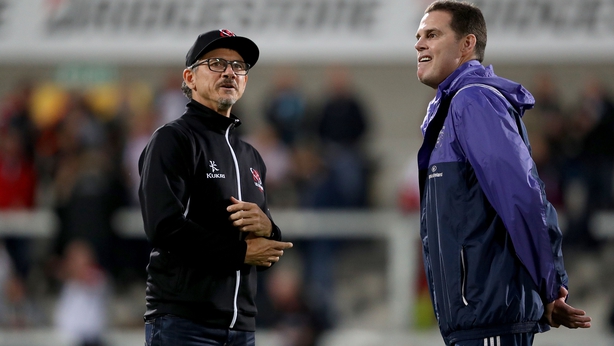 “I haven’t actually seen it for a while, a team like that bring over a few beers. It’s humbling to think there are still some guys doing that. It’s wonderful.”

Tries from Charles Piutau and Rob Lyttle, both converted by Paddy Jackson, put Ulster in the driving seat, but Scannell’s try just before the interval was a crucial moment.

“A bit of luck and a lot of guts,” he said on the score that left his team trailing 14-5 at the break.

"Even if it [drop goal] was missed, that was the right decision"

Jaco Taute barged over for Munster’s second before the 22-year-old showed composure of a veteran to put Munster ahead for the first time with the clock ticking down. 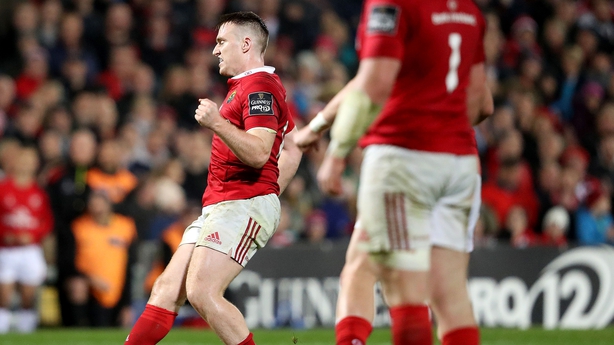 Erasmus said that the most pleasing aspect was that the decision, regardless of the execution, was the right thing to do at that moment, another legacy of their former head coach.

“Well done to Rory for stepping up and having the confidence to do that. Even if it was missed, that was the right decision," he insisted.

“We have to try those things. If it doesn’t come off, and we lose games like that, that is fine.

“But if we just sit back and think, ‘How are we going to win this game, that’s why I’m proud.

"It was a nice kick and three points, but I’m proud that he did it.” 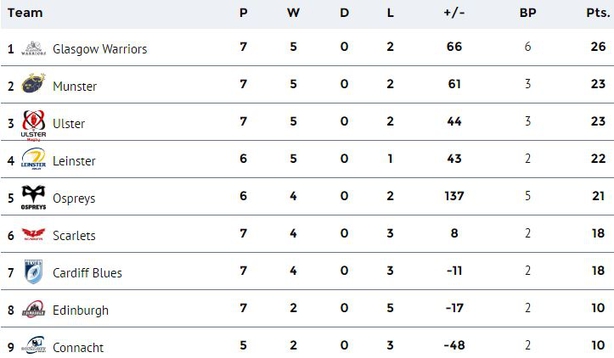