Rassie Erasmus has made six changes to the side that lost to Cardiff for Munster's Pro12 trip to Newport Gwent Dragons on Saturday (kick-off, 5.15pm).

The side includes a number of new combinations with Jean Kleyn and Donnacha Ryan packing down in the second row, Conor Murray and Tyler Bleyendaal in the half-backs, and Dan Goggin and Keith Earls in the midfield partnership, all starting alongside each other for the first time.

It's a case of as you were in the front row with James Cronin, Niall Scannell and John Ryan starting together for the third successive round.

Centre Colm O'Shea has been named among the replacements and is in line to make his first appearance for the province if sprung from the bench. 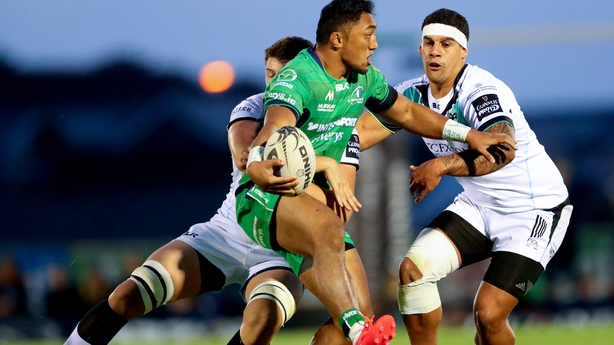 Connacht head coach Pat Lam has also made six switches to the side that lost to Ospreys for their first away game of the season in Zebre (Saturday, 5.05pm).

Bundee Aki and Eoin Griffin swap positions in midfield while 22-year-old Cian Kelleher starts on the wing after making his Connacht debut at full-back in round one. Caolin Blade is also reintroduced at scrum-half.

Up front, Denis Buckley returns from injury at loose headprop while JP Cooney starts at tighthead in the absence of Finlay Bealham (illness). There is a new second-row partnership of Lewis Stevenson and Andrew Browne.

Irish internationals Ultan Dillane, Kieran Marmion and Matt Healy are all included among the replacements while prop Conor Carey is in line to make his Connacht debut in Italy tomorrow afternoon. 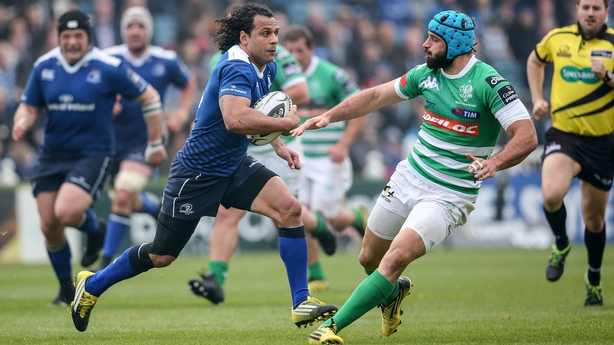 Rob Kearney's scan on an injury suffered in the defeat to Glasgow showed he suffered a grade two PCL knee injury which will keep him sidelined for a number of weeks. Zane Kirchner will take his place.

Isa Nacewa makes his first appearance of the campaign on the right wing and will captain the side, while Jamison Gibson-Park makes his first start in Leinster colours at scrum half.

In the pack there are a number of changes as a number of returning internationals make their first starts.

Jack McGrath and Sean Cronin come into the front row alongside Mike Ross to form a very experienced unit.

In the second row Devin Toner comes in to partner Mike McCarthy, while in the back row Jamie Heaslip scrums down at number eight for the first time this season with Jordi Murphy at blind side and Dan Leavy at open side. 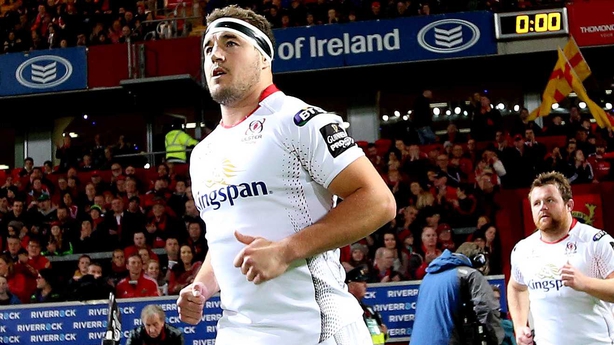 Rob Herring will make his 100th appearance for Ulster tomorrow night as Les Kiss welcomes back some big names for the visit of Scarlets to Kingspan Stadium, kick-off 7.05pm.

Herring, who shares the club captaincy with Andrew Trimble, will be joined in the match-day panel by returning Ireland trio Craig Gilroy, Iain Henderson and Paddy Jackson, along with All Black Charles Piutau.

There are eight new faces in the starting XV with Callum Black, Pete Browne, Alan O'Connor and Robbie Diack bolstering the pack, while Gilroy, Jackson, Piutau and Stuart McCloskey will join an already potent backline.

Herring, a try scorer in each of Ulster's last three games, will be joined in the front row by Black and Rodney Ah You.

Browne and O'Connor form a new second row partnership, with Clive Ross and Sean Reidy retaining their places on the side of the scrum and Diack packing down at number 8.

Jackson will combine with Ruan Pienaar at half-back, while McCloskey and Stuart Olding are named in midfield. Louis Ludik switches from fullback to left wing, with Gilroy and Piutau completing the line-up.