Rising star Kyle McCall has signed a two-year contract extension with Ulster Rugby, keeping him at Kingspan Stadium until 2019.

The 24-year-old has enjoyed an outstanding season, which was recognised at the Heineken Ulster Rugby Awards Dinner earlier this month when he collected the BT Young Player of the Year award.

The loosehead prop made his Ulster debut against Leinster in March 2013. This season McCall started five of the province’s six Champions Cup games, scoring his first senior try in the dramatic 23-24 away win over Oyonnax.

McCall said he was delighted to be staying on at Ulster: "I've thoroughly enjoyed coming through the system at Ulster Rugby.

“Personally, this season has been particularly pleasing because I have played a lot more than I expected to. I'm grateful to Les (Kiss) for giving me an opportunity to prove myself this year. To make my first senior start and then to get my first try were two very proud moments for me and my family.

"I want to continue to work hard to develop my core skills and try to push my game on to the next level. Hopefully I can cement a starting position next season and contribute to a successful Ulster team in both the PRO12 and Europe.

“Les is trying to build something special here and the players have really bought into it.”

Ulster's Director of Rugby, Les Kiss, said: "This is another great boost for us, following on from the news that Stuart McCloskey has also signed a contract extension.

“Kyle established himself as a regular in the senior squad this season with a string of brilliant performances. He was particularly impressive on the European stage as he rose to the challenge with some eye-catching displays in the scrum, with ball in hand and around the park.

"His incessant work-rate has seen him earn a reputation as one of the best trainers in the squad. At 24, he is still young for a front row player, and with his huge potential and desire to be the best that he can be, I've no doubt that he can become a future international.

"I have to say, Bryn Cunningham (Operations Director) has done some great work in not only attracting world class talent like Marcell Coetzee and Charles Piutau to Ulster, but also in retaining our highly talented home-grown players." 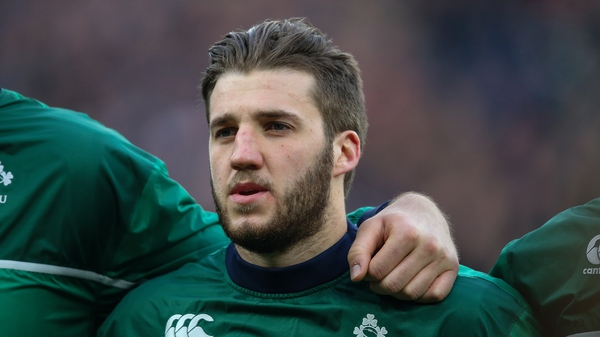