Jack McGrath has warned Connacht that Leinster are desperate to ensure their fairytale season does not have a happy ending when the provinces clash at Murrayfield this Saturday evening (kick-off 5.30pm, live on RTÉ Radio 1).

The Westerners booked a place in the Pro12 final with a pulsating 16-11 victory over Glasgow in Galway last weekend, with Pat Lam's swashbuckling underdogs winning the hearts of most neutral observers with their adventurous style and defiance of the odds.

Leinster earned their place in the decider with a powerful dismissal of Ulster at the RDS, and while McGrath praised the achievement of Pat Lam's men this year, he also stressed Leo Cullen's charges' hunger for silver will have them firing on all cylinders in Scotland.

"They're going really well, from where they've come from. It's a great story, but we want to get silverware back," the 26-year-old prop told RTÉ Sport.

"We haven't had silverware in a while and it'll be their first final so they'll be raring to go as well. It'll be an interesting battle."

Leinster were extremely impressive in overcoming Ulster last Friday night, particularly in an opening 15 minutes in which they overran their opponents.

McGrath admitted they had kinks to iron out prior to the semi-final success, but felt they were now clicking into gear at the right time.

"We hadn't been clinical in certain areas and I think the way we started is the way we want to start games: quick and fast, we want to hit the ground running," he said.

"That's what we want be doing, putting teams under pressure and playing our sort of game." 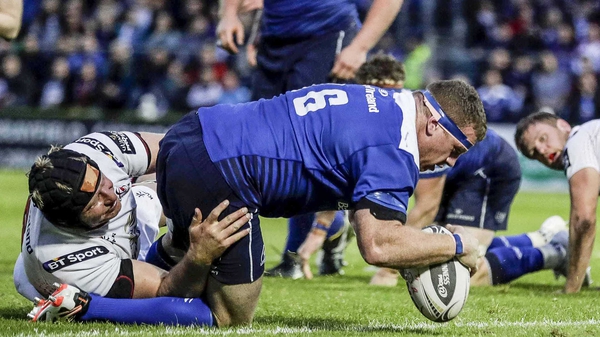 Leinster power through to decider after thrilling play-off Rugby