Former Ireland international David Corkery has called for AIL clubs to be given more access to players on the fringes of the provincial set-up.

Speaking on RTÉ's Game On, the former Ireland flanker said club managers would "love to see academy players working within the club structure week in, week out."

Instead, Corkery said these players are playing in the British and Irish Cup, a competition with "no solid structure" that he considers "a waste of time and money".

The Young Munster manager says it boils down to a 'chicken and egg' argument - the provinces will claim the club game is not strong enough to carry players through to the level required to meet European standard.

However, he does not agree. "I think I could pick a team out of all the clubs in the country that could equally compete with some of the provinces.

"I think the players that are out there are that good, the problem is they’re not getting an opportunity to show their wares at that level.

"All the provinces will stick with the tried and trusted, the contracted players."

He points to Munster's Johnny Holland as an example of the type good enough to make the breakthrough.

"Johnny has been there for the last couple of years but has never been given the opportunity, he gets the opportunity and now he’s nailed down the 10 jersey. I think there’s a lot of those types of players out there."

"Everything is geared towards one team - the senior cup team - and if you don't make that you're probably viewed as not good enough."

Corkery added that there's almost a case that the provinces have to be seen to be using players because they’re on such big money.

The Cork man also identified flaws within the schools rugby game, pointing out that 80% of schools players do not play again afterwards.

While some, in his words, "discover drink and the opposite sex", many stop playing due to a general lack of interest.

"Everything is geared towards one team - the senior cup team - and if you don't make that you're probably viewed as not good enough.

"That's why there is huge fallout in adult rugby." 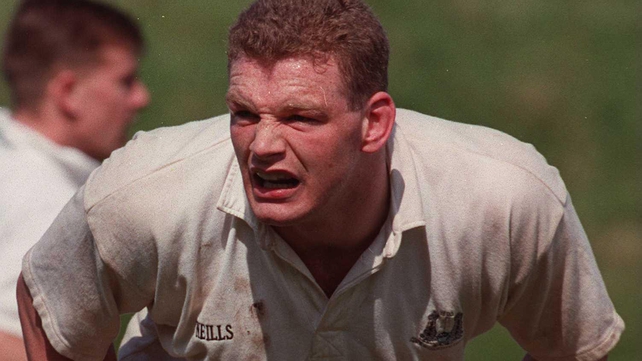 Corkery, a Cork Con man, stepped into the breach at Young Munster this season, guiding the club to the knockout stages

Coinicidentally, his adopted side's season was ended by Con at the semi-final stage.

His experience at Tom Clifford Park led him to form the opinion that the academies have turned the AIL into a "false league".

"When UCD have all their provincial academy players playing for them they’re virtually unbeatable, but if you’re lucky enough to get them on a weekend when there’s an Irish u20s game or Leinster are playing in the B&I Cup you’re almost guaranteed to beat them.

"It comes down to luck. It literally depends on what week you will get UCD.

"It's not a true reflection of club rugby."

"When you see fully grown men crying in a dressing room, that paints a fantastic picture of what it means to these players to play rugby"

Despite losing out at the penultimate stage, Corkery was full of praise for his Limerick charges.

"If you saw what these guys go through, the injuries they suffer for the love of the game, it's absolutely incredible.

"I think that's missing from the professional game – if these guys came through the club game they’d have more of a family ethos, losing would really mean something.

"With a lot of the professionals now it's all about the pay cheque, the next contract.

"The club game is raw. When you see fully grown men crying in a dressing room, that paints a fantastic picture of what it means to these players to play rugby and I think that's what's missing from the professional game."

Ultimately, Corkery believes the issues at club and schools rugby in Ireland will come home to roost.

"It's starting to turn now, the cracks are starting to show. The players aren't coming through."