Bundee Aki added to his growing reputation as Connacht dispatched Munster at the Sportsground and head coach Pat Lam believes the 26-year-old has fully embraced life at the province.

The powerhouse midfielder collected yet another man-of-the-match accolade as the home side claimed a first-ever league double over their neighbours with a comprehensive 35-14 victory in front of a raucous crowd in Galway.

He limped off late on to a rapturous applause, finally succumbing to a knee injury after his 20 carries gained 133 metres.

Prominent throughout both in attack and defence, his offload was key to Niyi Adeolukon’s opening try when they trailed 14-6 early in the first-half.

Soon afterwards Billy Holland saw yellow for not rolling away close to his try-line, the Munster scrum crumpled for a penalty try and the westerners ended up scoring 29 points without reply, Adeolokun completing his brace and recent Ireland debutant Finlay Bealham nabbing his first senior try for the province.

Aki had two breaks of more than 40 metres and while not all of his invention led to scores, the Pacific Islander was head and shoulders the stand-out performer on a glorious day for the home crowd at the Sportsground.

Head coach Pat Lam paid tribute to the player becoming very accustomed to his surroundings in his second season with the province.

“With Pacific Islanders, everything is around the family and the extended family. It doesn’t need to be about blood; it just needs to be the people you care about.

“Bundee always talks about his brothers. You see that side but what I see is… he pushes some guys really hard. He gets in some people’s faces at training. He’s physical; he wants high standards. He drives that as well.

“He enjoys himself socially as well but, certainly, he has a lot of respect for these guys because he loves this place.”

The bonus-point victory guarantees Connacht an automatic place in next season’s Champions Cup and Lam is fully aware of the enormity of the achievement.

“I’m extremely proud,” he said. “I said the big goal was to get Champions Cup and it’s just such a massive, massive achievement for Connacht to get there. That’s ticked off now and last week I said one game, we’ve done that.

"To go unanswered 29 points sums up what we are about. We didn’t start well and we didn’t play well at the beginning, but the boys just have a lot of belief in what we are doing." 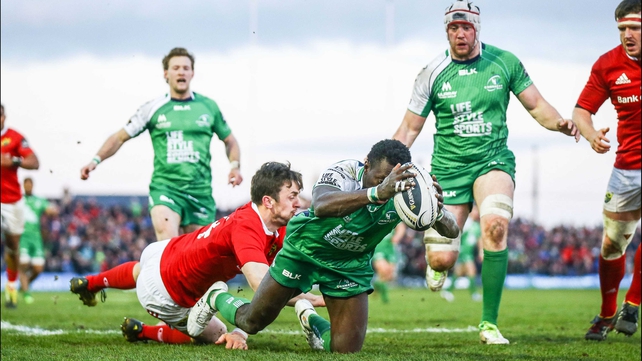 The season’s surprise package find themselves joint-top with Leinster on 68 points and with games away to Treviso and home to Glasgow to conclude the regular season, the Kiwi admits that focus will turn quickly on securing a home semi-final, which crucially remains in their own hands.

"I said to the boys, we set the target at five points, but how we go about doing it was crucial. How we did it was a big thumbs up."

Next up is a trip to the Stadio Monigo in a fortnight and Lam says they will have to prepare for another game which they will enter as favourites.

“There’s a few sore bodies, we have to regroup, and hopefully a few more guys to come back. Two weeks to prepare for Treviso and we’ll give the boys a few days off now.

“The challenge is to go to Treviso, where everyone expects us to win, and show we’re real contenders by the way we play.

“If we do that, we guarantee ourselves a semi-final and then we come back here and I’m imaging that’s going to be massive [against Glasgow].We turned away another 1,000 people at least because from Monday onwards everyone’s been contacting me looking for tickets."

Now in his third season in charge after taking over from Eric Elwood in 2013, the 47-year-old concluded by admitting the league-double over Munster, coupled with their lofty position in the table, was something special to savour.

“I normally have plenty to give, but I didn’t have any this time. It’s a wonderful day for Connacht rugby.” 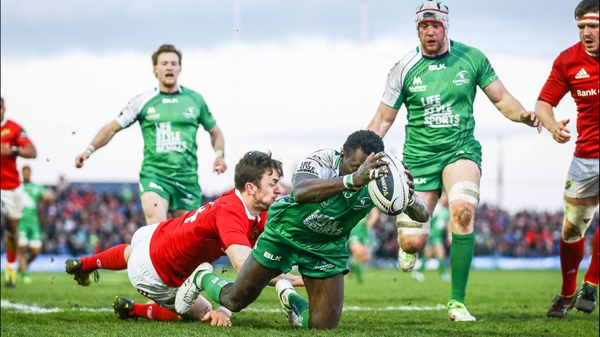