He is set to take over the Sale number 10 shirt that will be vacated this summer by Danny Cipriani's return to his former club Wasps.

"He will be a great addition to the squad, and we are looking forward to AJ joining us pre-season" - Steve Diamond

Dublin-born MacGinty attended Blackrock College before moving to the US on a visa. He started all three of their 2015 World Cup pool games and has so far scored 90 points in just eight Tests after making his international debut against Samoa last summer.

Since returning from the World Cup, MacGinty has helped Connacht maintain their current position as Pro12 league leaders.

MacGinty, who is currently sidelined through injury, said: "I am very excited to be joining Sale Sharks next season. They are a club with great ambitions, and I look forward to the challenges that lie ahead.

"I have really enjoyed my time at Connacht and would like to thank all the coaches, players, fans and staff for their support. In particular, I would like to express my gratitude to Pat Lam (Connacht head coach), and I look forward to finishing the season as strong as possible."

Sale rugby director Steve Diamond told the club's official website: "We were alerted to AJ during the World Cup, and we have been watching his performances at Connacht."

"He is great in defence and has an 80% success-rate kicking his points.

"I am sure that when he works with Paul Deacon (Sale's attack and skills coach) he will become the finished article.

"He will be a great addition to the squad, and we are looking forward to AJ joining us pre-season." 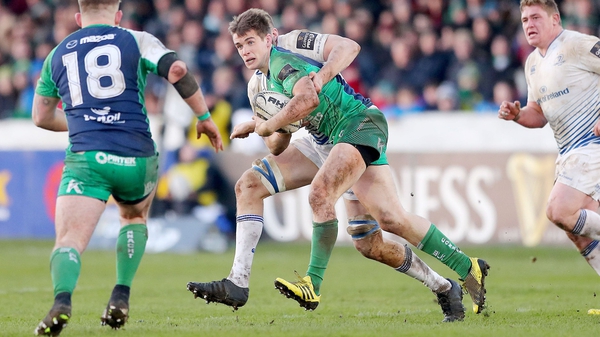