Connacht’s hopes of a storming finish to the season as they bid for glory on two fronts have been dealt a massive blow with out-half AJ MacGinty ruled out for the next four weeks.

The Dubliner, capped by the United States during the World Cup, is the third out-half to be ruled out through injury as Connacht prepare for crunch derby clashes with Ulster and Munster in the Pro12, and a European Challenge Cup quarter-final against Grenoble in between.

The 26-year old, who has made a dozen appearances and scored 46 points since joining Connacht after his exploits in the World Cup, suffered a shoulder injury in the 7-6 win over Leinster on Saturday that extended their lead at the top to four points.

And with Craig Ronaldson out for another three weeks with an ankle injury and Jack Carty also sidelined for another few weeks as he recovers after having his spleen removed, it leaves Connacht thin on the ground at No 10 for a pivotal stage of the season.

Shane O’Leary and Conor McKeon are poised to be handed the duties at fly-half but neither of them has started a game for Connacht in the Pro12.

O’Leary, the former Young Munster player who spent a season with Grenoble before joining Connacht in the summer of 2014, has made nine appearances for Pat Lam’s side.

Six of those were off the bench in the Pro12 and the 23-year old’s only start was in one of his three European Challenge Cup appearances.

Former Irish schoolboy and U-20 international McKeon, who is in his second year in the Connacht academy, has made both of his appearances off the bench in the Pro12 against Zebre, last May and last October.

The 22-year has not played in the Challenge Cup but has recently been added to their European squad as the injury crisis at out-half mounted.

Coach Pat Lam said it is disappointing to lose another stand-off for the next few weeks but he is confident the others will step in and do a job.

“You can’t control the injuries. Of course we would love to have Jack, Craig and AJ available but you can’t cry over that, you just have to live on and the next person puts the jersey on and steps into the role.

“The number one  thing is understanding the role and the next person putting on that jersey it’s his job to do it.

“You saw where Caoilin Blade (scrum-half) had to step in at the last minute and Shane O’Leary move to 12 and Robbie Henshaw back to full-back, a lot of the backs, and the forwards, can play more than one position.

“That’s important, they have to make sure they know the role and the beauty of having our team game, it’s actually a simple game what we can do and some guys can move in different positions and pick up that particular role,” said Lam.

The Connacht coach could also be without Irish prop Nathan White, who is following the return to play protocol after being concussesd against Leinster.

But another Irish international, lock Ultan Dillane, will be available for Friday’s trip to Ulster after missing the Leinster win after picking up a knock in the Six Nations.

Flanker Jake Heenan, who was withdrawn from that game after rolling his ankle, is being monitored and may be fit for the trip to Belfast. 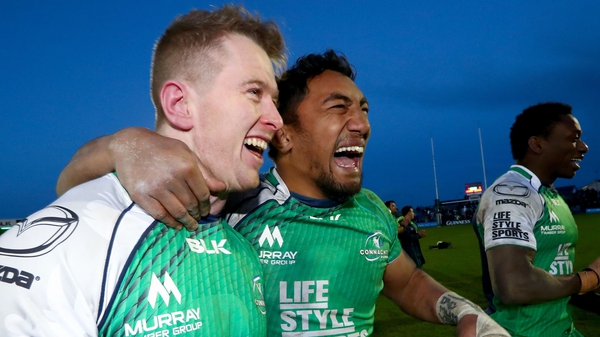 New-look Mayo starting with a clean slate in 2021