All Black legend Dan Carter has had a cheeky dig at former Ireland out-half Ronan O’Gara.

O’Gara is now kicking and defence coach with Racing 92, the French club that Carter is playing for since his international retirement at the end of last year.

The pair enjoyed an intense on-field rivalry whenever they faced off and Carter made light of the fact that he’s now taking instructions off the former Munster man.

“When we were playing Ireland we used to attack his No 10 channel and now he’s my defensive coach!

“That’s a huge dig and I apologise – he’s the one picking the team now so I need to keep playing,” laughed the double World Cup winner.

Joking aside, Carter says that O’Gara is an excellent coach and that he has a bright future in front of him.

Ireland’s record point-scorer recently penned a new deal that will keep him in Paris until 2019 at least.

“He’s brought a lot to the team, he has a huge drive and passion for the game, a lot of knowledge, and he’s getting the most out of players,” said Carter.

“He’s still early in his coaching career but I think he has a bright future ahead of him.”

Racing are enjoying a good season so far, having booked their place in the last eight of the European Champions Cup and they are currently top of the French league with four wins in their last five games. 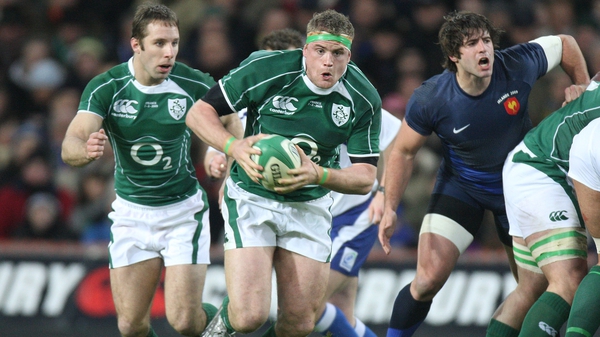