Leinster maintained their 100% home winning record in this season's Pro12 with a 19-16 defeat of the Ospreys at the RDS.

Leo Cullen's men made hard work of it, though, scoring a lone penalty from Ian Madigan in the final 50 minutes as the Ospreys launched a stirring second-half fightback.

Dan Leavy's second try in as many games, converted by Ian Madigan who also landed three penalties, had the hosts leading 16-3 at half-time.

Sean Cronin and man of the match Ben Te'o stood out in attack for Leinster whose defence managed to frustrate the Welshmen until Dan Baker's 60th-minute touchdown.

Sam Davies converted, adding to his two earlier penalties, to put just three points between the sides. Madigan and Davies swapped further kicks, but Leinster did just enough to hold on in a nail-biting climax.

The result sees Leinster keep the pressure on provincial rivals Connacht at the top of the table, while it was a further dent to the Ospreys' top-four and Champions Cup qualification hopes. 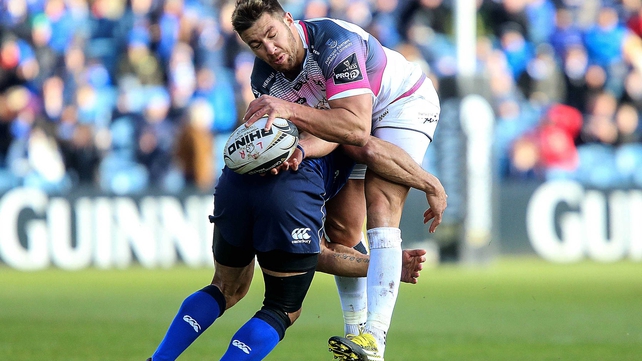 Davies, who nursed a rib injury late on, had kicked the Ospreys into the lead with a third minute penalty, as Leinster struggled to get into their stride early on.

Rhys Webb and Davies' quick distribution from half-back, combined with strong carrying from back rower Baker, gave the visitors some promising attacking opportunities.

However, it took just one midfield break to open up the defence for Leinster's first try. Madigan attacked the space offered to him off the side of a scrum, combining with the onrushing Fergus McFadden who fed Leavy to touch down to the right of the posts.

The flanker's seven-pointer was added to by a Madigan penalty and Leinster were beginning to purr, with the powerful Te'o crashing through in the centre.

Cullen's charges absorbed some further pressure before Madigan made it 13-3, rewarding Cronin, Te'o and Eoin Reddan for some lovely link-up play.

With the wind picking up at Leinster's backs, Baker was pinged for not rolling away on the half hour and Madigan slotted the central penalty for a 13-point gap. 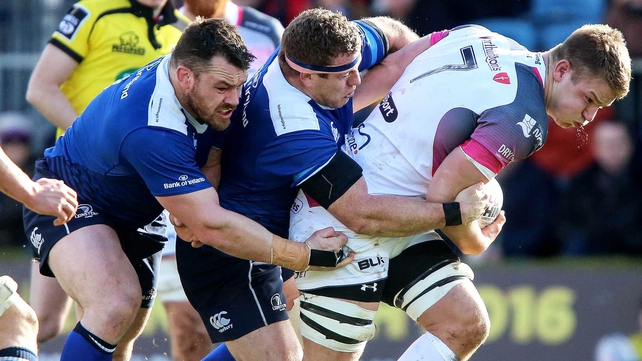 The Ireland out-half pushed a long-range effort wide five minutes before the break, and the Ospreys went unrewarded for a breathless late spell sparked by a Jeff Hassler run.

Into the second period, Davies' second successful penalty gave the Welsh region some encouragement but they failed to profit from a couple of close-range lineouts.

An Isa Nacewa surge up the left wing got Leinster back on the front foot, while a strong burst by Leavy was ruined by a knock-on forced by the retreating Baker.

The big Ospreys number 8 - topping the carry statistics - then delivered a try on the hour just as the game was beginning to lull. He stepped out of a tackle from Hayden Triggs to finish smartly by the posts, with Davies converting.

Resolute Ospreys defending kept their line intact after Leinster turned down a kickable 73rd-minute penalty, however the men in white muddled a lineout and Baker then threw a forward pass, allowing the hosts to wind down the clock for a narrow win. 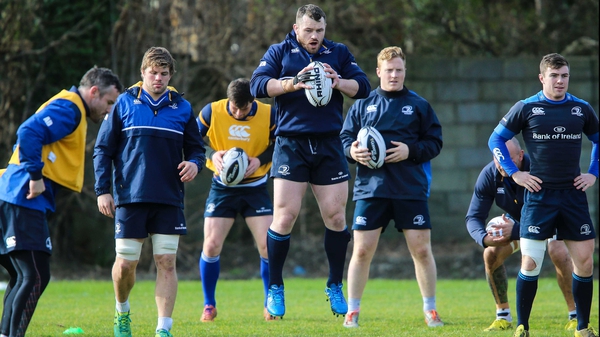