Leinster head coach Leo Cullen has made seven changes in total to the side that defeated Zebre for Saturday’s Pro12 clash with Ospreys as Cian Healy reaches the 150th cap-mark for the province.

Zane Kirchner will start at full back with Fergus McFadden coming in on the right wing, while captain Isa Nacewa continues on the left.

Ben Te'o and Garry Ringrose are once again chosen in the centre for the seventh time as a partnership.

There is a new half back pairing with Eoin Reddan and Ian Madigan starting at nine and ten.

There are four changes in the pack with a completely new front row of Cian Healy, Sean Cronin and Mike Ross.

Ross Molony and Mick Kearney continue in the second row, while in the back row Rhys Ruddock starts at blind side with Dan Leavy and Jordi Murphy continuing from open side and number eight.

Should he be introduced Dominic Ryan will win his 100th cap for the province having made his debut against the Newport Gwent Dragons in December 2009. 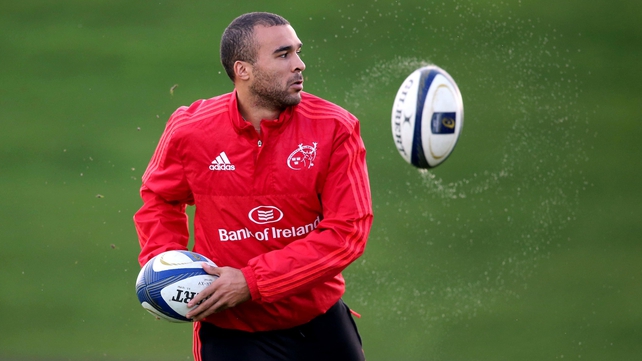 Following his Six Nations involvement against England in Twickenham last weekend, Simon Zebo has been made available to the province and will make his first appearance in red since January.

Tighthead Stephen Archer also makes a welcome return to the squad after successfully overcoming a neck injury that has kept him sidelined since October.

The first of two changes to the pack sees hooker Niall Scannell join Dave Kilcoyne and John Ryan in the front row.

Mark Chisholm and captain Billy Holland continue in the second row, while in the back row, Tommy O'Donnell returns at 7 with Dave O'Callaghan and Jack O'Donoghue switching to 6 and 8 respectively.

Zebo starts on the left wing in an otherwise unchanged backline. Duncan Williams and Ian Keatley form the half-back partnership and Rory Scannell makes his tenth consecutive start at inside centre in partnering Francis Saili in the midfield.

If called upon from the bench, recent long-term injury returnee Johnny Holland will make his first appearance of the season. 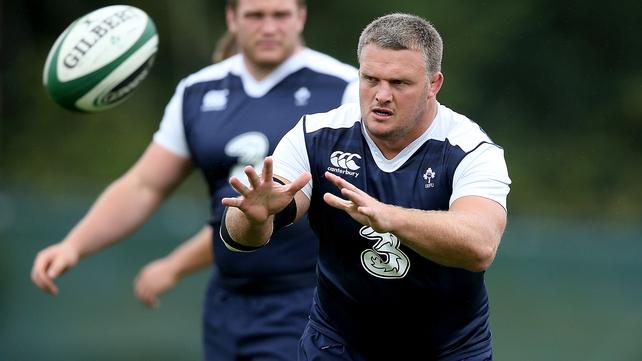 Pat Lam is backing the returning Nathan White to provide Connacht with the composure and experience they require to plunder "fortress" Murrayfield in their Pro12 clash with Edinburgh on Friday night [7.35pm].

The Westerners are a point ahead of Leinster after their 30-22 win over the Ospreys at the Sportsground last weekend.

Ireland international White, who played in all three Six Nations game last month, has been released for the trip to Scotland, and head coach Lam is hoping the tighthead prop can help the province take another step forward in their pursuit of a Champions Cup place.

"It's good to have some of our international boys back again this week, including Whitey [Nathan White] who has performed really well for Ireland," he said.

"That extra experience will be important against a side like Edinburgh who we've always had close encounters with.

"There is consistency in the way Edinburgh play - they are very physical, very direct, and they are a settled team with a lot of experienced players. Murrayfield is always tough but they've really made it into a fortress now having only lost there once this season.

"But we're traveling with confidence knowing that if we continue to focus on what we've been doing and the game plan we have in place, we can take another step closer to Champions Cup qualification."

Connacht have made four changes to the starting team that edged out Ospreys.

White joins Denis Buckley and Tom McCartney in the front row. The return of Quinn Roux provides a timely boost as the lock is named to play his first game this year, having recovered from the ankle injury sustained in early December.

John Muldoon, who missed his only Pro12 game of the season last weekend, has returned to captain the side in the No 8 shirt.

Scrumhalf Kieran Marmion is named to start in a back line that also sees the re-introduction of Danie Poolman to the right wing.

Second row Danny Qualter is included among the replacements again having impressed in just his second Pro12 appearance at the Sportsground last week. Eoin McKeon and Fionn Carr are also named in the squad.

Les Kiss has made four changes to the Ulster team that stared the 23-13 defeat to Cardiff Blues last Sunday for the crunch Pro12 collision with Zebre at Kingspan Stadium on Friday night [7.35pm].

Rob Herring returns to captain the side, and is joined in the front row by Kyle McCall at loosehead prop and Ricky Lutton at tighthead.

The rest of the pack is unchanged, with Peter Browne and Franco van der Merwe paired in the second row and Robbie Diack, Chris Henry and Nick Williams selected in the loose forward positions.

Rory Scholes, who this week confirmed he will join Edinburgh this summer, comes into the backline and is named on the right wing, with Craig Gilroy moving to fullback and Jacob Stockdale retained on the left flank.

With Sammy Arnold unavailable due to a hamstring injury, Stuart Olding will switch from fullback to inside centre. He'll be joined in midfield by Luke Marshall, who signed a contract extension with the province earlier this week.

Ruan Pienaar and Paddy Jackson continue their half-back partnership. Paul Marshall has overcome a virus and has been selected on the bench, while Sam Windsor and Darren Cave will also provide backline cover. 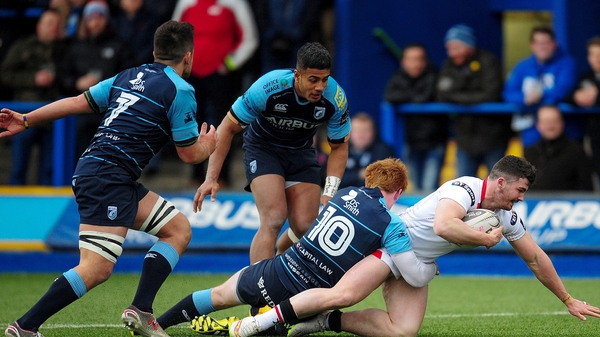 Ulster undone late on against Cardiff