Andrew Conway and John Ryan have both agreed new deals with the IRFU, which will see them remain with Munster until 2018 and 2019 respectively.

Conway has signed a two-year contract extension that will keep him with Munster until June 2018, while Ryan has penned a three-year deal.

Playing on the wing and at full-back, Conway has made 42 appearances and scored 11 tries since joining the province at the start of the 2013/14 season.

The 24-year-old made his debut against Zebre in September 2013 at Stadio XXV Aprile and in October 2014 the Dubliner made his European bow against Sale Sharks at the AJ Bell stadium. 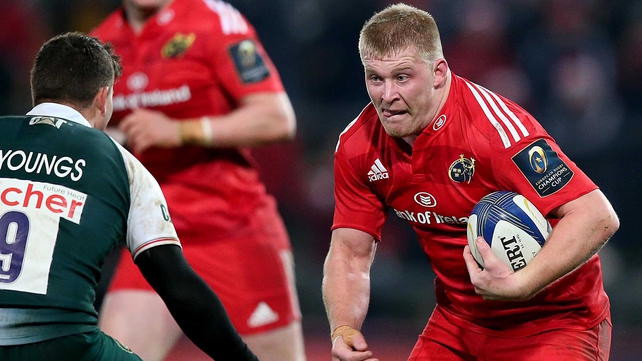 Ryan, who plays both tight and loose-head prop, has made 62 appearances for Munster.

The Cork native progressed through the provincial age-grades before joining on a development contract at the start of the 2011/12 season.

Previous to his first professional contract, Ryan, while playing for UCC, represented the Ireland Club XV in 2010 and 2011.

Ryan went on to make his league debut against Cardiff Blues at the Cardiff City Stadium in September 2011 and made his European debut against Racing Metro in Thomond Park in January 2013.

Munster head coach Anthony Foley said: "It is great to continue with the good news on the contract front and we are very happy to see Andrew and John commit their futures to Munster.

"Andrew has come in showing us what he is capable of and watching him develop within the squad has been great to see, while in the pack John continues to excel in the front row, alternating between two difficult positions.

"Both players provide a level of versatility that is hugely beneficial to the squad.” 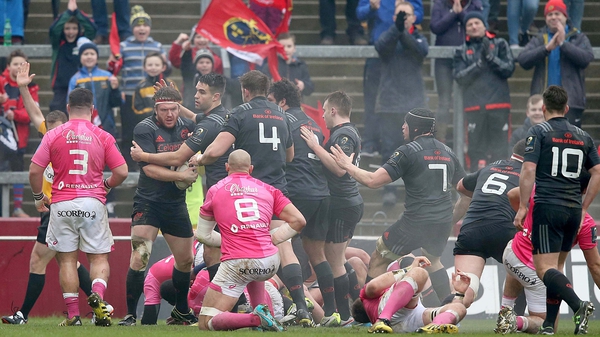