Munster salvaged some pride from their disappointing Champions Cup campaign with a 26-13 bonus-point win over Stade Francais at Thomond Park.

Already out of contention for the knock-out stages, Anthony Foley’s men gained some measure of revenge after last weekend’s horror-show 27-7 loss to the Paris side.

Tries from Mike Sherry and Keith Earls had Munster leading 12-6 at half-time in greasy conditions, with Morne Steyn kicking two penalties for Stade in response. 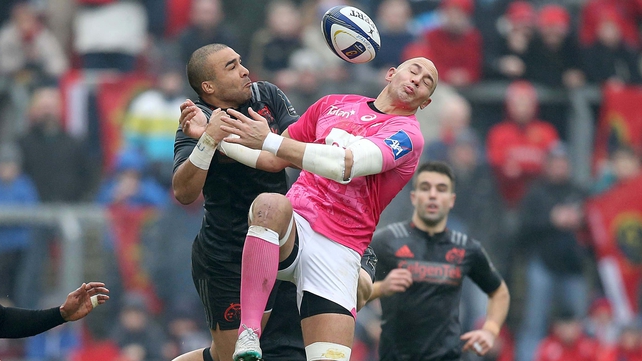 There was no denying fired-up Munster, though, as number eight Stander fittingly secured the bonus point from a close-in ruck 13 minutes from time, with the home side subsequently holding on to claim their second win from five Pool 4 matches.

The early omens were not good for the home side, South African Steyn slotting a first-minute penalty and the Stade pack - so influential in last week's success in Paris - getting on top at scrum time.

Munster looked like they might emerge scoreless from a decent spell of pressure in the Stade 22, but they forced a scrum penalty off a French handling error and with the pink shirts splintering at the ensuing lineout maul, hooker Sherry managed to crash over. 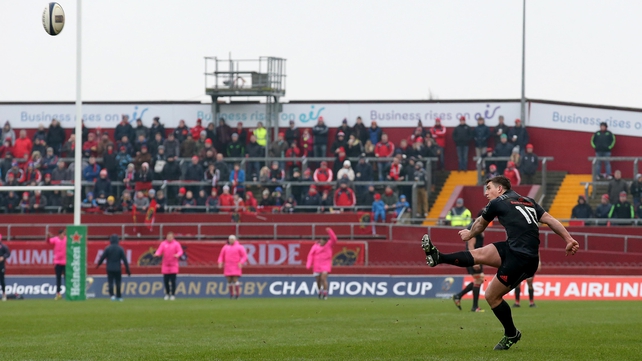 Ian Keatley drifted his conversion attempt wide from the left and Steyn missed a chance to respond off the tee, with Munster getting a poor return from Conor Murray's box kicks.

The second quarter was a real arm wrestle, Stade coping well with Munster's one-out runners before the platform of a third scrum penalty launched them forward and a further infringement at the lineout allowed Steyn to boot them back in front.

But they were stung just before the interval, Earls cutting back in from the right to find a hole near halfway and his fleet-footed break took him straight in under the posts. 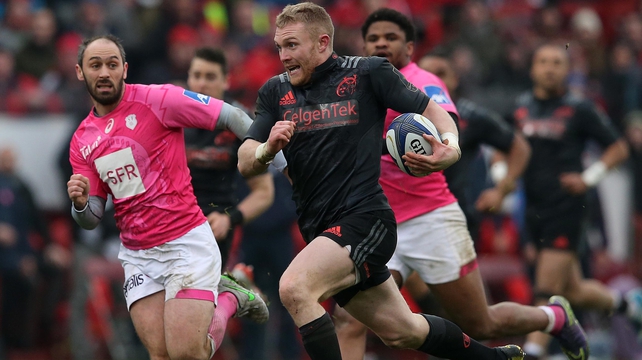 The simple conversion was added by Keatley and it was his deft chip into the 22 that was gathered on the run by Zebo for Munster's third try, swiftly converted by the fly-half.

Stander then delighted the vocal home crowd with a key ruck penalty and subsequent tackle on Bonneval, who was the player involved in O'Mahony's sin-bin incident.

Kiwi centre Francis Saili commanded the midfield defence before O'Mahony's return, but Sherry's overthrown lineout was flicked on by Laurent Panis for Ross - an excellent carrier throughout for the visitors - to raid through for a timely seven-pointer. 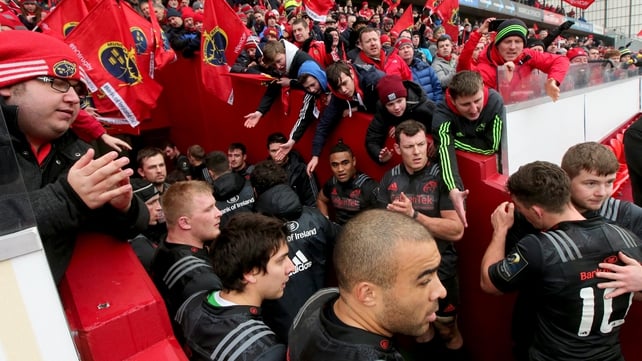 However, Munster shut the door on a Stade comeback with their bonus point try, Earls and Zebo probing on the right wing before Murray took a quick penalty and Stander rumbled over.

Keatley's conversion, coupled with a last-minute choke tackle as Stade hunted for a losing bonus point, was the icing on the cake. 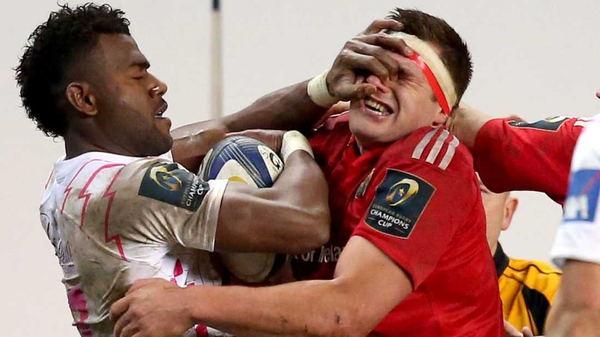