Connacht suffered another agonising last-gasp defeat, this time in the European Challenge Cup.

Last week they threw away a lead against Scarlets in the Pro12 and on Saturday night they were caught on the line by Brive in France.

Two tries from captain John Muldoon was not enough for Connacht as a late penalty from Thomas Laranjeira gave the home side victory.

Connacht looked certain to have earned a share of the spoils when Muldoon crashed over two minutes from time to level the game.

But for the second week in a row they lost with the final kick of the game.

Connacht now trail Brive by a point at the top of the table, but a win next week against Russian side Enisei could still see the westerners through to the quarter-finals.

Connacht were desperately unlucky and fell just short of claiming their fourth win in a row away to French teams in Europe, as seven penalties from Laranjeira saw Brive take the spoils.

Connacht's hopes of reaching the quarter-finals of the Challenge Cup for the second year in succession were boosted earlier in the day after pool rivals Siberian side Enisei-STM recorded a shock 24-7 victory over Newcastle Falcons in Sochi.

Enisei had already beaten Connacht's opponents at the Russian Winter Olympics venue, and Pat Lam's troops had also defeated the French Top14 high fliers at the Sportsground in round two of the competition. 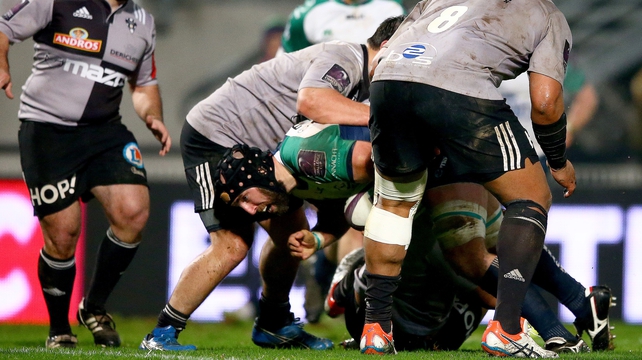 And if the early action was anything to go by, the men in green looked likely to record a victory on French soil for the third season in a row.

Less than a minute had elapsed when the westerners notched the game's first try, when recent academy graduate Rory Parata finished off a great move from the kick-off which also saw Muldoon, above, and Danie Poolman heavily involved in the build up.

Laranjeira was deadly from the tee, but impressive defence kept Brive's lead to 9-5 at the break paid.

Lam's side then struck in the first minute after the restart, when some strong carrying in the host's 22 produced a penalty at the breakdown, which AJ MacGinty kicked to make it 9-8.

Crucially Connacht continued to impress on the front foot, and after Ultan Dillane was stopped short, skipper Muldoon was on hand in the next attack to stretch for his tenth European try for the province.

MacGinty rattled the post with the conversion to leave Connacht with a precarious 13-12 lead, which soon was overturned when Laranjeira bagged his fifth penalty of the night on 57 minutes and kicked his sixth three minutes later to make it 18-13 to Brive.

Connacht tried desperatly to find the try that would almost certainly seal their spot at the top of the pool, but replacement Jack Carty – who made his 50th appearance for Connacht – was wide of the mark from a penalty.

Muldoon looked to have given Connacht a two-point haul, but Laranjeira was unstoppable for the home side and he kicked them to the win in the final minute from the penalty earned at the scrum. 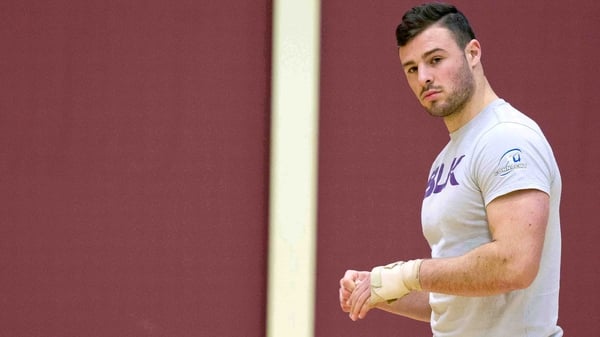