Andy Farrell will take up an interim role with Munster Rugby for the next four months.

The role will see the incoming Ireland defence coach provide support to head coach Anthony Foley and his coaching group on a part-time basis as an advisor.

The former England and Lions assistant coach was surprisingly named as a member of Joe Schmidt’s backroom team last week.

He will take up his Ireland role after the conclusion of the 2016 RBS 6 Nations Championship.

The move will provide a much-needed boost to Munster after a sorry exit from the Champions Cup at the weekend against Stade Francais.

Off the back of this morning's news - Andy Farrell meets the squad in Limerick today. Training session for #MunVSta pic.twitter.com/obAHLhIP8J

Munster chief executive Garrett Fitzgerald said: "We have been looking for additional support for our coaching staff and with the timely availability of an experienced coach such as Andy Farrell we felt his inclusion would be hugely beneficial in assisting our coaching team."

David Nucifora, IRFU performance director, added: "Andy's gardening leave prevents him from coaching in the international game at this time but he has agreed to an advisory role working with Anthony and his backroom team."

Farrell was present at Munster training this morning. 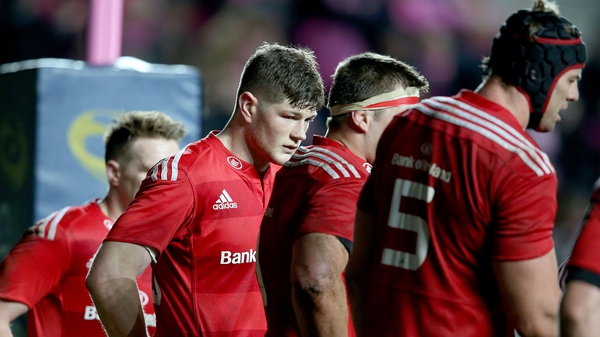