Injury-ravaged Connacht had no answer to a ferocious second-half Newcastle Falcons display as the hosts powered to a bonus-point victory in the European Challenge Cup.

The Falcons' 29-5 triumph at Kingston Park left them two points behind Connacht with two games left and it was all due to a superb second-half performance that saw the hosts score 24 unanswered points.

The first 40 minutes proved a cagey affair, with Marcus Watson's opening try for the home side being cancelled out by Danie Poolman's effort, making it 5-5 at the break.

Newcastle, though, put poor Premiership form behind them to make the second 40 minutes a procession.

They gained a 44th-minute penalty try that Craig Willis converted, when Belsario Agulla claimed a touchdown that left Connacht playing catch-up on a day when victory would have left them within touching distance of the last-eight.

Newcastle now had the bit between their teeth, and another penalty try - again converted by Willis - brought the bonus point within sight, and it duly arrived barely 60 seconds later when Watson collected his second try.

Connacht could find no way back, and Newcastle had done enough to ensure that when Challenge Cup action resumes in January, they are in a three-way scrap for last-eight recognition with Connacht and French side Brive. 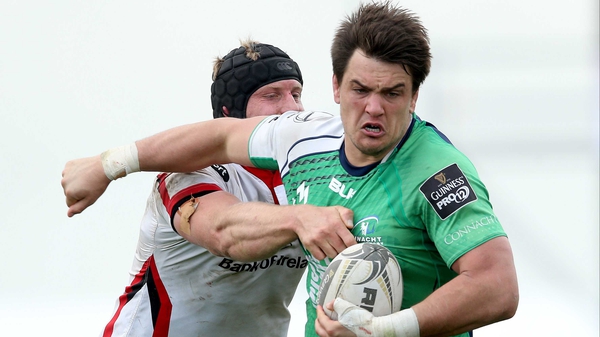