Rory Best said he's desperate to reward the Ulster fans with success after signing a new two-year Irish contract to keep him at Kingspan Stadium until 2018.

Best made his senior debut for Ulster against Munster in November 2004 and has represented his province 172 times, scoring 16 tries.

The 33-year-old won his first international cap against New Zealand in November 2005 and he has gone on to play 89 times for Ireland, making him his country's most-capped hooker, scoring eight tries in the green jersey.

Best started every game of Ireland's 2014 and 2015 successful Six Nations Championship campaigns as well as featuring in all but one of Ireland's matches at the World Cup in England, and said he felt privileged and honoured to commit his future to Ulster.

"I am very happy to have signed a two-year Irish contract to remain with Ulster," the Craigavon man said.

"It is a great honour to play for Ulster and Ireland and I am privileged to have the opportunity to captain this talented group of Ulster players.

"Our challenge now is to deliver on the promise we have shown and reward our fans with strong performances.”

Ulster's director of rugby Les Kiss said Best's "leadership, tenacity and drive" is crucial to them achieving their goals.

"I have worked closely with Rory for a number of years in the national set up and the quality he delivers so consistently reflects his character and his talent. His leadership, tenacity and drive are incredibly important to what we are looking to achieve at Ulster Rugby.”

Ulster, currently fifth in the Pro12 table, face Leinster - a point and a place ahead of them - at the RDS this Friday night. 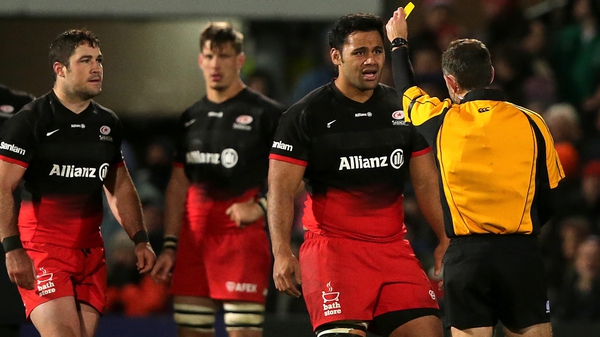