In the aftermath of defeat to Saracens, Ulster's director of rugby Les Kiss was hugely disappointed at seeing his side lose control of a game which they had looked in charge of midway through the first half.

Ulster scored the first nine points of the match and still led 9-5 at the interval as Saracens struggled to find a way through the home side's defence at the Kingspan Stadium.

The visitors then looked to be in further trouble when they were reduced to 14 men in the 54th minute when England forward Billy Vunipola was shown a yellow card.

The Aviva Premiership leaders scored the game's only tries through Chris Wyles, Alex Goode, Duncan Taylor and Vunipola with the touchdowns from Goode and Taylor being scored when the visitors were down to 14 men.

"In the first 20-25 minutes we positioned ourselves well and that 10-minute period in the first half we didn't take advantage of that and put our foot to their throats," he said after the 27-9 loss.

"Getting their try just before half-time allowed them to build some confidence.

"When we had a chance to assert ourselves in the second half and put them under pressure we just didn't work hard enough to make those opportunities come our way." 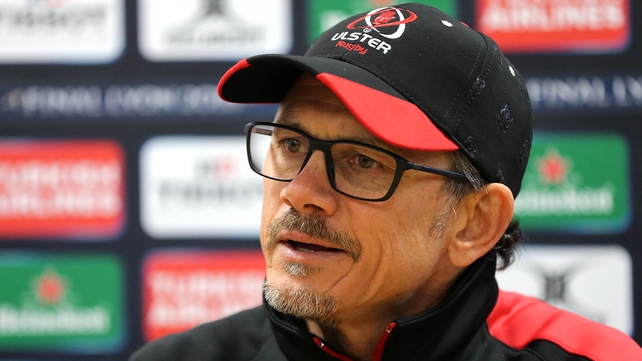 He added: "It was a typical Saracens performance and full credit to them, they hurt us. They kicked corners, they found grass.

"When you leak four tries at home, that's a bad place to be. It certainly puts us on the back-foot, without a doubt."

The bonus point win leaves Saracens at the top of Pool One on nine points, with Oyonnax, Ulster and Toulouse yet to pick up any points, and director of rugby Mark McCall - back at the province he coached for over three years - couldn't hide his delight at an impressive victory.

"We weren't expecting anything other than a really tough game and that's what we got," said the Bangor-born former Irish centre.

"What was pleasing for us was we were very resilient in the first 20 minutes - just a couple of mistakes and we were 9-0 down. But our group is very experienced and they know not to panic in those situations.

"We slowly but surely started to claw our way back into the game and started to build some real pressure in the second half.

"We were exceptional in that period after Billy Vunipola got sin-binned and that effectively got us the win." 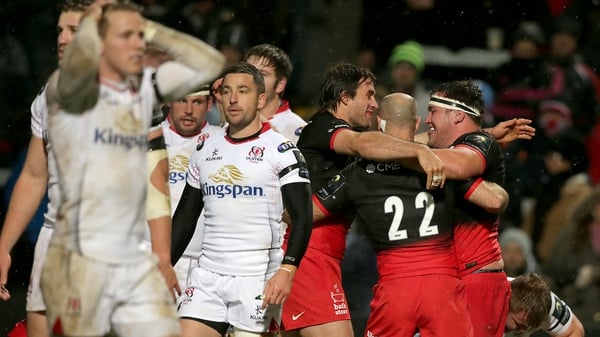 Ulster blown away by four-try Saracens