Saracens overwhelmed Bath with a three-try first-half blitz and a supreme display of aggressive, destructive rugby to secure a 28-16 victory in the English Premiership final at Twickenham.

In a game billed as a showdown between Bath's ambitious attack and Saracens' pragmatic, squeezing game it was the London club's approach that proved decisive as they dominated the first half to lead 25-3 with tries by Owen Farrell, Jamie George and Chris Wyles.

Bath, seeking their first title since 1996, briefly found their fluidity after the restart as a Jonathan Joseph try and George Ford's third penalty cut the deficit and raised the hopes of their fans in the 80,589 crowd.

But Saracens, beaten by Northampton after extra time in last year's final, had more than enough experience and defensive discipline to close the game out and take their second title in five years. 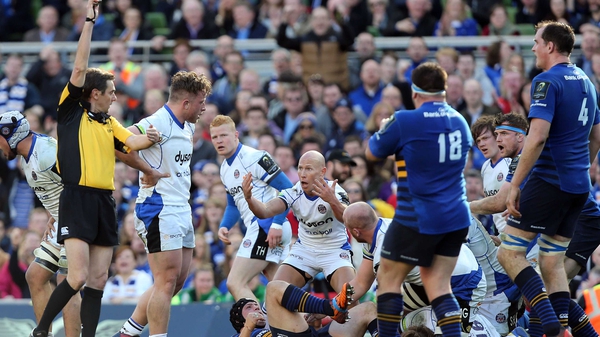