The scrum-half was released by Bath after a 16-month spell at the Rec.

The 37-year-old has 98 international caps and won two Heineken Cup medals with Munster.

The Grand Slam winner made just 12 appearances for Bath this season; however, signing off with a medal is still a possibility as the club will compete in the Premiership semi-finals against Leicester Tigers this weekend.

Sale director of rugby Steve Diamond said: “Once I heard that Peter was looking for a new club I made my move and I am delighted he has decided to join us.

"He, like Chris Cusiter, has bags of experience and I am sure he will be a great addition to our squad.

"Peter will also be able to assist youngster James Mitchell who is improving all the time and will no doubt be fighting for a place in the team soon."

Stringer received a standing ovation when he appeared for Bath against Leinster at the Aviva Stadium in the Champions Cup quarter-final last April. 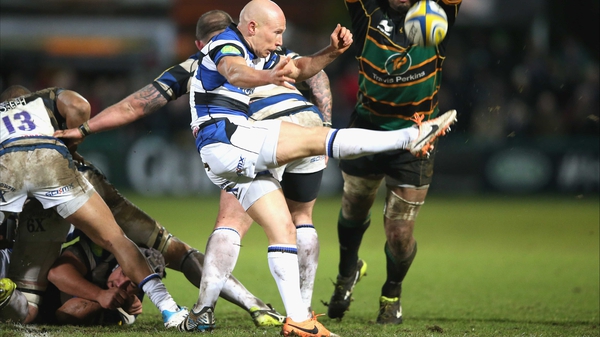