Bath have announced that scrum-half Peter Stringer will leave the club at the end of this season.

Stringer, who won 98 caps for Ireland, joined Bath just over two years ago.

"Peter has been a fantastic servant for Bath," the club's head coach Mike Ford said.

"His experience has been invaluable over the last two years, particularly in helping our younger players develop, and we will miss his professionalism around the squad.

"It's a shame we are unable to keep Peter, but with Niko Matawalu joining, Chris Cook re-signing and Will Homer coming through from the academy, this has become an incredibly competitive position within the squad."

Stringer, 37, added: "I am, of course, disappointed not to be staying at Bath, but I am very much looking forward to the next chapter of my rugby career elsewhere.

"I've had a great two years here and worked with some very talented players and coaches in that time." 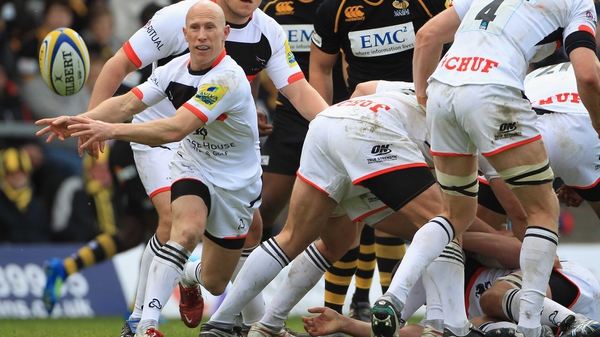 Peter Stringer back in England with Bath