Luke Fitzgerald has said that while he was disappointed to miss out on Leinster’s last two Pro12 games of the season, he is confident of recovering from shoulder surgery in time to be available for Ireland’s World Cup squad.

Ftzgerald had surgery earlier this month to repair damage to his labrum, an injury he first sustained back in the then Magner’s League final in 2011.

Speaking to RTÉ Sport, he said the procedure was quite routine, and should allow him to return in time to press his case for inclusion in Joe Schmidt’s squad ahead of the beginning of the World Cup in September.

“I got a bit of work done on the shoulder, about 17 days ago now, so I’m in the thick of rehab again, unfortunately, but I think the timing will work out quite well for being involved in the World Cup squad, hopefully,” Fitzgerald said.

“But I was happy that the timing worked out quite well with the training for World Cup.”

Fitzgerald has suffered a torrid time with injuries over the past few seasons, and there had been concern at the latest setback for a player who can fill a number of positions for province and country.

When the Leinster man returned against Scotland in this season’s Six Nations clash, it was his first start for Ireland in four years.

However, Fitzgerald sounded an optimistic note, even if he was disappointed not to have been able to help Leinster at the end of what proved an underwhelming season.

“It was a bit of a blow in that obviously I wanted to be involved in the last two games with Leinster," he said.

"They were pretty critical ones as it turned out for us, because obviously we haven’t had the best of seasons this year, especially league-wise. So it was a bit of a blow in that respect.

“But apart from that I thought the timing worked out quite well: it’s been kind of bugging me for maybe five or six years. I did it in the Magner’s [League] in 2011, so it’s kind of been ongoing since then. So I’m happy to get it done, and give myself a chance to be a better athlete going forward.”

Fitzgerald said he was not worried that the surgery would damage his chances of making the squad, and that he would use the experience of 2011, when he missed out on World Cup selection, to his advantage in his recovery and preparations.

“That experience will help me going into the next couple of weeks, where you have to be really, really disciplined.

"Unfortunately, I’ve had to cancel holidays and stuff like that, but having gone through a couple of things like this in the past, it kind of gives you a bit of an advantage coming into these periods.” 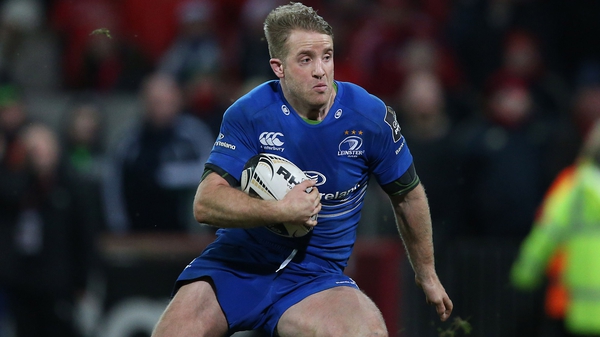