Wales duo Adam Jones and Alex Cuthbert are set to make their Barbarians debuts against Ireland and England later this month.

Jones and Cuthbert have been invited to join the Barbarians squad by coach Robbie Deans for games against Ireland at Thomond Park on 28 May and an England XV at Twickenham on 31 May.

Cardiff winger Cuthbert has scored 14 tries in 32 matches for Wales while Jones, who will leave the Blues to join Harlequins this summer, retired from international rugby earlier this season after winning 95 caps.

Jones said: "I've always wanted to play for the Barbarians and I'm looking forward to it. I've heard great things from those who've been involved in the past.

"I grew up in a rugby mad family and watched tapes of Gareth Edwards playing for the Barbarians and scoring his famous try.

"Wales, the Lions and the Barbarians were the big three you aspired to play for and it's good to finally complete that set." 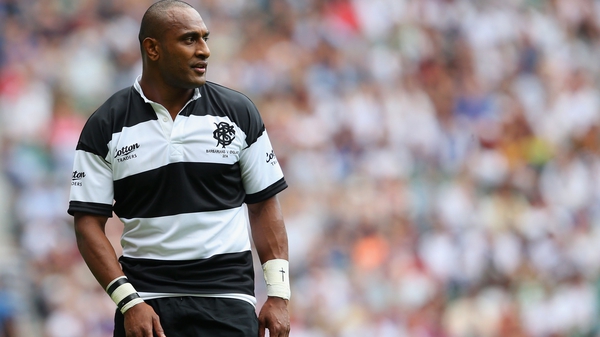