Toulon try-machine David Smith, All Blacks legend Joe Rokocoko and New Zealand centre Rene Ranger will provide the firepower for the Barbarians against Ireland and England next month.

Smith, Rokocoko and Ranger were today confirmed as the latest players who have accepted invitations to join Robbie Deans' squad for games against Ireland at Thomond Park on 28 May and an England XV at Twickenham Stadium on 31 May.

The Barbarians celebrate their 125th anniversary this year and former Australia head coach Deans is assembling a group that will maintain the attacking traditions of the world-famous invitation side.

"As a coach, the chance to combine the attacking talents of players like David Smith, Joe Rokocoko and Rene Ranger in one team is an exciting opportunity," said Deans, who was part of the New Zealand coaching team that introduced Rokocoko to Test rugby.

"All three are quality performers who have thrived for Northern and Southern Hemisphere sides and it's a testament to the standing of the Barbarians that they are able to bring them together.

"They'll enjoy training and playing together as part of the same squad and I'm sure supporters in Ireland and England will enjoy watching them."

Smith, who leaves double European Champions Cup winners Toulon at the end of this season, is the leading scorer in France's Top 14 this term with 13 tries in 14 appearances.

He is back in a Barbarians shirt for the first time since 2010 when he made his debut at Thomond Park in the 29-23 win against Ireland and scored in the 35-26 defeat against England.

Ranger made a dazzling Barbarians debut last season in the 39-29 win against a young England XV. He is due to return to the Blues after a two-season spell in France in 2016.

Australia fly half Berrick Barnes, Argentina scrum half Tomas Cubelli and New Zealand's George Whitelock were confirmed as members of the squad earlier this year and significant international names will be added in the coming weeks. 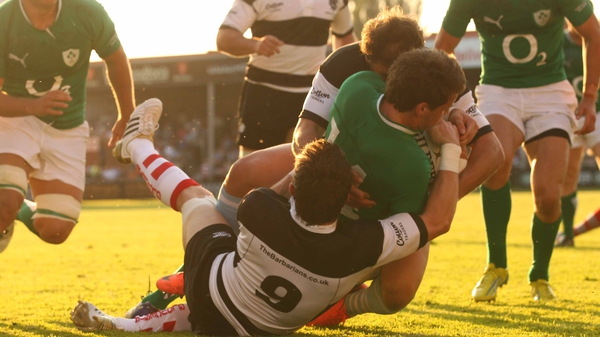