Last Saturday’s Six Nations climax was one of the greatest days in Irish rugby; first back-to-back outright titles since 1949 is a statistic that will forever be etched into the Irish rugby psyche.

But that feat was created in the day-to-day running of rugby around the country in schools, clubs and at provincial level. That is where the groundwork is done that leads to such days. And it is back to the provinces and the Pro12 that attentions now swing this week.

Matt O’Connor’s Leinsterhave the most difficult task of the Irish provinces this weekend as they host table toppers Glasgow in Dublin. Just outside the play-off spots at present in fifth, Leinster need to make up two points on nearest rivals Ospreys to push their way into the top four. Some recent shaky form from the Irish side has them in that predicament, with a loss to Scarlets and a draw with Ospreys - in a dire encounter – their form coming into the tie.

In fact, Leinster have one win in five, with Glasgow one league defeat in five, entering the tie; two teams at opposite ends of the performance spectrum.

Another defeat for Leinster will leave them in a very tricky position entering the final four rounds of the regular season and this game is likely to be played at a ferocious intensity.

O’Connor crucially welcomes back Ireland internationals Ian Madigan, Marty Moore and Jordi Murphy to the starting XV, as well as Sean Cronin, Cian Healy and Luke Fitzgerald on the bench.

The addition of that sextet could prove crucial in ending Leinster’s poor recent form. Although against that it must be added that Glasgow also welcome back nine Scotland squad players.

Glasgow’s style of rugby is well charted now. Fast ruck ball, won by committing few numbers to the breakdown, before keeping the ball alive in the wider channels, using extra forward runners to create overlaps and space in midfield works a dream for them. And they look even better this season then they did in losing the Pro12 final to Leinster last season.

Nigel Owens referees the game at the RDS, and his style is suited to keeping the game flowing and allowing this type of open, off-the-cuff encounter to develop.

Murphy will be tasked with slowing the ball down at openside, and preventing Rob Harley and Chris Fusaro from dominating the breakdown. And Jack Conan and Josh Strauss will be the big ball carriers for both sides off the base. It’s very hard to see either back row, or front five, gaining a massive upper hand, which would lead one to think the game will be decided in the wider channels.

Again, you would expect little between the teams out there. But if Leinster can stymie the counter-attacking threat of Stuart Hogg, and give Ben Te’o and Ian Madigan enough possession in midfield, Leinster could have a crucial edge. Add in the Irish side’s superior bench and home advantage and they’re favourites for this one.

Verdict: Leinster to win by four 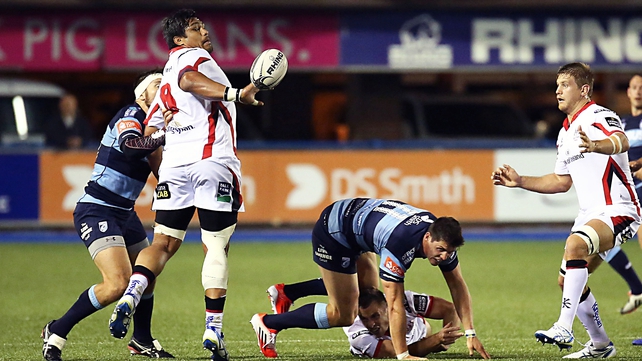 February wins over Scarlets and Edinburgh, combined with other results, have Ulster in a very good position heading intoround 18. Second in the table and four points ahead of fifth-placed Leinster, their play-off hopes are currently very much in their own hands.

Cardiff, by contrast, are having a woeful time of it. Lagging back in ninth in the table, and with a demoralizing defeat to Treviso on the books back in February, they have been playing like a side devoid of a game plan of late and needing new ideas heading into next season.

The Ulstermen are eight from eight at Kingspan Stadium in the Pro12 this season and Cardiff haven’t come within 17 of the Irish side in their last two encounters in Belfast.

A reading of the team sheet would not fill you with confidence for an away victory either. Ireland internationals Paddy Jackson, Stuart Olding, Darren Cave and Craig Gilroy pack the backline, with Springbok scrum-halfRuanPienaarin at scrum-half. Up front Dan Tuohy, Iain Henderson and Nick Williams form the spine of the pack.

Cardiff will be looking to Matthew Rees and Adam Jones to shore up the set-pieces, with Josh Navidi and Josh Turnball the men tasked with providing go-forward ball around the breakdown. They should be able to hold parity in those areas to some degree, but in the back channels Ulster look to have more firepower. Lucas Amorosino and Alex Cuthbert are highly dangerous on the wings, but the likelihood is that they will struggle for enough possession to do the requisite damage.

Verdict: Ulster to win by 18 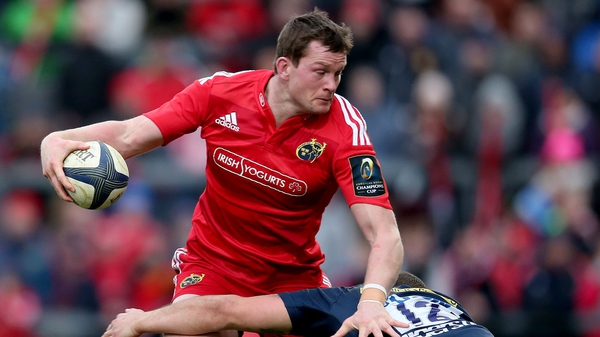