Anthony Foley has named a strong Munster side to face Connacht in the Pro12 at Thomond Park on Saturday at 5.15pm, again naming Denis Hurley as captain and including a number of returning internationals to the side.

In total, Foley makes five changes to the starting line-up that lost to Ospreys in the last round of the competition.

Two changes in the front row see John Ryan and Stephen Archer come in to start on either side ofEusebio Guinazu, with Donncha O'Callaghan and Billy Holland remaining in the second row.

The return of Tommy O'Donnell at openside is the only change to the back row with Dave O'Callaghan and CJ Stander continuing at 6 and 8 respectively.

Duncan Williams and Ian Keatley again team up in the half-backs, while Andrew Smith makes his first start since returning from injury, doing so outside captain Denis Hurley in the midfield.

The return of Smith sees Keith Earls move to the right wing with Simon Zebo returning to the opposite flank.

Felix Jones completes the back-three, reverting to full-back for this weekend's clash.

Having successfully rehabbed an ankle injury sustained during training in February, Duncan Casey is named amongst the replacements. 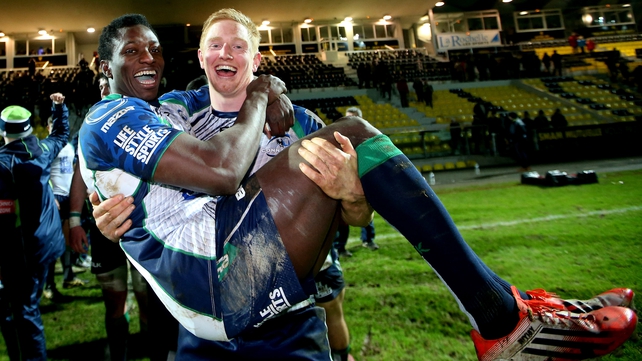 Connacht coach Pat Lam has made four changes to the side that faced Cardiff for Saturday's visit to Thomond Park to take on Munster.

Darragh Leader comes onto the right wing while his fellow Galway man Tiernan O'Halloran shifts to full-back. Scrum half Kieran Marmion returns for a new half-back pairing with Jack Carty, while Craig Ronaldson moves to outside centre.

Up front, academy forward Eoghan Masterson is named at openside flanker for his fifth game this season, joining skipper John Muldoon and Number 8 George Naoupu in the back row.

Quinn Roux and Eoin McKeon return to take their place amongst the replacement forwards, while backs Shane O'Leary and Conor Finn are also introduced to the match day squad. 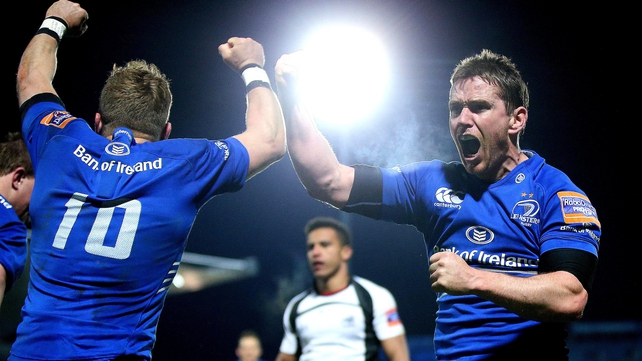 There are seven changes in total to the Leinster team for their match against Glasgow Warriors in the Guinness Pro12 tomorrow evening at 7.35pm.

Head coach Matt O’Connor has made two of those changes in the backs and a further five in the forwards.

Zane Kirchner makes his 40th appearance in Leinster colours at full back with Fergus McFadden selected on the right wing. Dave Kearney, who came off the bench against Scarlets, starts on the left wing.

In the centre Ian Madigan starts and is selected at inside centre with Ben Te'o outside him at 13 having scored his first try for the province last time out.

Tom Denton and Mike McCarthy will lock down behind the front row, with Jordi Murphy, Shane Jennings and Jack Conan completing the pack for his 12th start of the season. Shane Jennings will captain the side in his 205th game for Leinster.

Cian Healy and Luke Fitzgerald, who both started against Scotland, are on the bench, while Sean Cronin who played for the last 20 minutes in Murrayfield, is also on the bench. 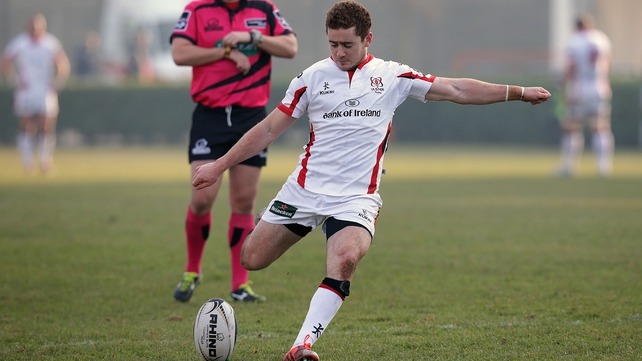 Paddy Jackson and Stuart Olding have been named in the Ulster side to face Cardiff Blues at Kingspan Stadium on Friday (kick off 7.35pm).

The pair suffered elbow injuries against Toulon in January but have recovered in time to be available for Ulster’s Guinness PRO12 run in.

They are the only changes to the starting side that lost to Newport Gwent Dragons at Rodney Parade three weeks ago.

Jackson is named at outhalf with Olding selected alongside him at inside-centre.

Iain Henderson, who was part of Ireland’s RBS 6 nations triumph last weekend, starts at blindside against the Welsh region.

Callum Black, Rob Herring and Wiehahn Herbt are all named in an unchanged front row.

Franco van der Merwe and Dan Tuohy continue in the second row, with Clive Ross and Nick Williams selected in the back row along with Henderson.

Ruan Pienaar, who passed the 500 points mark in the Pro12 at Rodney Parade, starts at scrum half, with Darren Cave, who continues as Captain, selected at outside centre.

Michael Allen is picked on the left wing, with the Pro12’s leading try scorer, Craig Gilroy, selected on the right. Louis Ludik is named at fullback.

Roger Wilson was unavailable for selection due to personal reasons.

Chris Henry has been named as replacement.

Henry suffered a mini-stroke in November and underwent heart surgery to repair a defect in his heart wall.

He has steadily increased his involvement with the squad over the past two months and following a consultation with his surgeon in Dublin this week he has been cleared for full participation.