Connacht couldn't cope with a quick-fire second-half comeback from Exeter Chiefs as the English Premiership side overcame a 17-10 half-time deficit to beat Pat Lam's charges at Galway's Sportsground in their European Challenge Cup clash.

Connacht, who would have gone top of Pool Two with victory, now travel to La Rochelle next weekend in search of one of the runners-up spots.

Tries from Connacht’s Matt Healy, Willie Faloon and Danie Poolman helped the home side to a half-time lead, with Exeter staying in touch through a penalty-try after a succession of scrums and a penalty and conversion by Harry Slade.

However, the Chiefs moved ahead after the break when Dean Mumm scored from an interception, which Slade converted, with Don Armand's try from close to the line putting the visitors 30-17 up after fly-half Slade added the extras.

Healy scored again for Connacht to give the hosts a try-scoring bonus point, with Jack Carty kicking his second conversion of the match, but Exeter held on for victory.

The result means Exeter qualified with 20 points to top the pool, with Connacht five points behind in second place.

Connacht will be hoping for a bonus-point win at La Rochelle next Saturday which could see the westerners go through to the last-eight as one of the three best runner ups from the five pools. 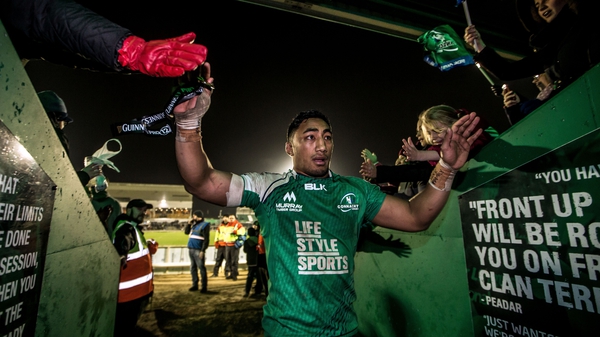 Bundee Aki out for 10 weeks with ankle injury