Connacht’s improvement under Pat Lam and the drop in level by all three of their Irish rivals means this season’s Pro12 could yet see the second half of the season dominated by a contest between all four provinces for the final two play-off places.

The Irish quartet are currently ranked third to sixth with the Ospreys and Glasgow having established a small but significant lead at the top of the table.

Munster may yet have the capacity to get into the running for a home semi-final, yet there are few indications that Leinster or Ulster can do the same.

This fixture will have a significant bearing on whether Anthony Foley’s men will stay in touch with the leading duo.

As is always the case in derby clashes, history is against Connacht. As Pat Lam pointed out this week, they have not beaten Munster for six years and have a head-to-head record of 40 defeats and one victory stretching back to 1986.

On the other hand, this Connacht team has shown the ability to play their Irish rivals as equals instead of adopting the role of scrappy underdogs.

Leinster and Ulster were both fortunate to come away from recent encounters with wins and neither looked capable of outclassing Lam’s side.

Lam again names an exciting backline. The combination of Robbie Henshaw and Bundee Aki is potentially the best centre pairing any Irish province can field.

With Conor Murray not in the Munster squad, Kieran Marmion also has an opportunity to give his side an edge in the contest between the various playmakers while having yet to show he has adapted to the League, home fans will hope for considerably more from Muls Muliaina.

It is in the pack where Connacht could find themselves outgunned. Anthony Foley’s reboot of the Munster forwards has been a major success this season and this is a serious selection in terms of personnel.

The Munster style means that the back row is once again the key indicator of how the side will perform and the CJ Stander, Peter O’Mahony, Tommy O’Donnell trio looks to have enough about it to establish a match-winning platform.

Add in the fact that Munster are within a shade being considered the dominant province in the unofficial Irish pecking order and a continuation of their winning habit in this fixture looks likely. 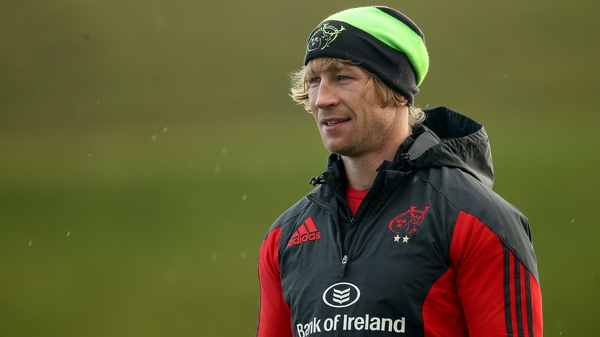