Munster scrum coach Jerry Flannery is expecting a tough test from Connacht when the provinces meet in the Pro12 on New Year's Day.

Former Ireland international hooker Flannery says his experience of playing for and commentating on Connacht leaves him wary of the intensity they can produce at the Sportsground.

"I always really enjoyed going to Connacht because I felt there was a really good atmosphere in the Sportsground and I think that's built on the fact that they've been bringing through more and more local players that people can identify with," Flannery told munsterrugby.ie.

"The crowd really gets behind them and they have a really good young nucleus of a squad, with the majority of them being lads who played with Connacht underage, and they'll be looking to hold on to those players and kick on and challenge for silverware.

"We're aware that this is a real challenge. I know from playing there, and when working for TG4, that the people who go to watch Connacht don't just go to be entertained.

"They go because they want their team to win and they get behind them no matter what. It can be quite an intimidating place."

Munster outhalf Ian Keatley scored all Connacht's points when they last beat the Reds - 12-6 in 2008 - and says he will relish the return to Galway to face an improving side, who are currently sixth in the table.

"When I was there Connacht were talking about building their own legacy and they have really stepped it up this year," said Keatley.

"They are undefeated at home, which shows how strong they are, and they will have their 16th man behind them on New Year's Day which will create a great atmosphere.

"I'm going back to where it kind of all started for me. I'm looking forward to it. We got a good win over Leinster and we are hoping to build on that."

Back-row Robin Copeland is expected to miss out due to a shoulder injury sustained in the 28-13 win over Leinster while Felix Jones (shoulder) and centre Denis Hurley (hamstring) are also doubts.

However, Tommy O'Donnell, Peter O’Mahony, Paul O’Connell and Simon Zebo are all available for selection again. 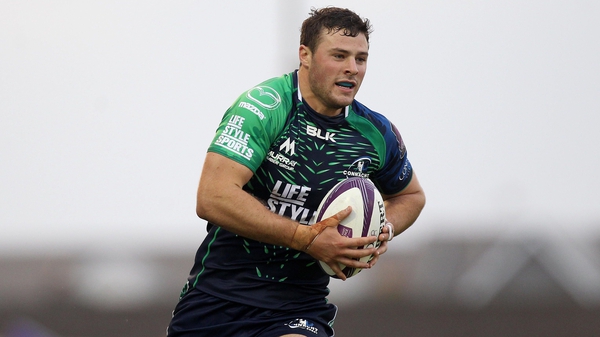