Robbie Henshaw, Fionn Carr and Eoin McKeon could all return for Connacht against Munster in the Pro12 on New Year's Day.

The provinces meet in a sold-out clash at the Sportsground (5pm) on Thursday.

Back-row McKeon has recovered from the knee sprain that ruled him out while record Connacht try-scorer Carr Fionn Carr has completed the return-to-play protocols following a concussion.

After the Ulster game, there were also injury concerns around late withdrawals Ronan Loughney and Quinn Roux.

Galway man Loughney, who aggravated his back in training last week, remains a doubt for this week's clash while second-row Roux is on track for a return after symptoms from the ankle injury sustained in the Friday night warmup improved.

The province's most capped player Michael Swift has been entered in to the return-to-play programme for a concussion he suffered during last week's training session. It is expected that the second row veteran will be out of action for two to three weeks.

Scrum half Ian Porter is also facing a similar spell on the sidelines as he continues rehab on a mid-foot sprain.

Mick Kearney (ankle) and Tiernan O'Halloran (knee) both commenced running on Monday but the duo are another 2 - 3 weeks away from any match action. 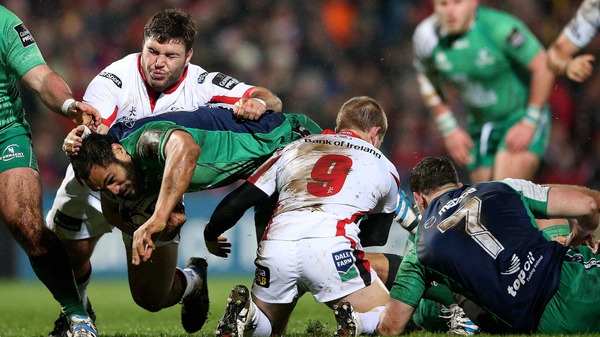