In three matches against the Lelos Ireland have yet to come unstuck, with a 100% record in ties played at either Lansdowne Road or Chaban-Delmas, Bordeaux. And the one element that should be certain is that Ireland will win this time again.

True, last time out – in Rugby World Cup 2007 Pool D – Ireland stuggled past their eastern European opponents with a 14-10 victory, but that was the nadir of the Eddie O’Sullivan era, where a tired and mentally fatigued Ireland side failed to perform in any of four pool matches.

The Ireland squad coming into this tie could not be in a more different place: European champions and off the back of a victory over the world’s No 2-ranked team.

Their tails are up and competition for places in the matchday 23 against the Wallabies next weekend are up for grabs. With all that in mind, expectation has to be that this team will come out hugely motivated to put on a display that will give Joe Schmidt food for thought as a whole host of players attempt to put their hands up for selection and force their way past the current incumbents that devoured the Springboks last Sunday.

Joe Schmidt is famed for lack of fear and giving players a chance to shine. And the selection to face Georgia is, as ever, brave. Thirteen changes to the team that defeated South Africa is an attempt to give as many players as possible a chance to show their wares, with just 11 matches remaining before the World Cup.

What he will want is for this much-changed side to lay down a template and repeat what the first XV can do, displaying the same ability to go through phases and keep the ball with massive efficiency, before spreading wide to the 9-15 division.

Up front the scrum is always regarded as the Lelos’ best asset and Dave Kilcoyne, Richardt Strauss and Mike Ross will be very much engaged in a battle with one of the world’s most highly-rated packs in that department.

Mikheil Nariashvili (Montpellier), Shalva Mamukashvili (Sale Sharks) and David Kubriashvili (Stade Francais) form a front row that would give any team a run for its money. It will be one of the key areas Georgia look to target as a source of penalties and in turn possession and will be a battle from the start. Gaining an upper hand here is vital if Ireland want a platform to show what they really have in their locker. 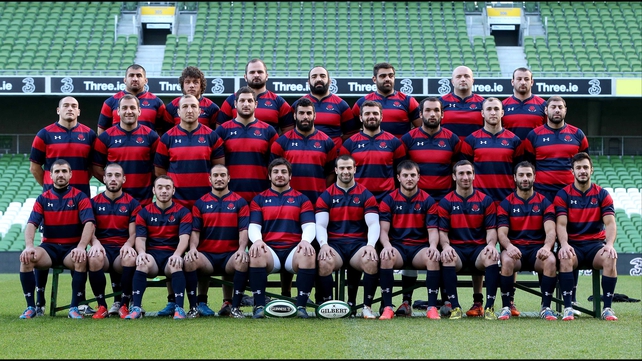 The engine room is a similar story with Kote Mikautadze (Toulon) and Giorgi Nemsadze (Tarbes) a fine pairing. Dave Foley has been pegged as the best performing lock in the country in the provinces thus far this season and he could not ask for a better opportunity to show he can step up to international level.

Mike McCarthy been handed the first team’s replacement lock spot with Dan Tuohy, Donnacha Ryan and Iain Henderson all out injured. He will need a big performance to ensure he maintains that. His partner in the engine room, Foley, is breathing down his neck in terms of form. I expect these two to deliver big games as they look to battle for the same spot in the first 23 against Australia.

The Georgian back row is weaker than the first two divisions, lining out with Giorgi Tkhilaishvili (Batumi), Vito Kolelishvili (Clermont-Ferrand) and Dimitri Basilaia (Perpignan) and Ireland should definitely get the nudge in this department.

Tommy O’Donnell will have a hard time displacing either Rhys Ruddock or Chris Henry, but his ability to can-open rucks and link the forward and back divisions has been superb since last season.

I feel he’s going to get a major upper hand on Kolelishvili and dominate the breakdown. Dominic Ryan and Robbie Diack’s physicality will add a perfect foil to O’Donnel’s skills. A good performance from this trio, combined with a steady scrum will go a long way toward putting Ireland in the box seat.

Outside the pack, Ireland have a far better group of players and if their eight unit give them a platform they should make hay at Lansdowne Road.

The centre pairing of Merab Sharikadze (Aurillac) and captain David Kacharava (Yenisey-STM) are the two danger men for the eastern European outfit and expect them to be the focus of most of what Milton Haig’s side do when the ball is spread wide by the Lelos.

Former Ireland international and Connacht head coach Michael Bradley is assistant coach with Georgia and he will be tasked with negating Eoin Reddan and Ian Madigan’s influence at halfback using video work to give Giorgi Begadze (Kochebi) and Lasha Khmaladze (Lelo Saracens) an idea of what to expect.

In truth his work is cut out; Reddan and Madigan will both know this game is crucial to their chances of usurping Conor Murray and Jonathan Sexton.

It’s unlikely they will, given the form of the current first XV pairing, but there is always hope. Indeed, with Kieran Marmion and Ian Keatley also likely to make appearances off the bench, they’ll want to make an impact early on, given the likelihood they will be called ashore before the 80 minutes.

Similarly out wide Georgia will be in for a long day at the office. Felix Jones, Craig Gilroy and Simon Zebo are a trio that would make many first XVs in the top three European leagues, while their opposite numbers Merab Kvirikashvili (Montlucon), Sandro Todua (Lelo Saracens) and Tamaz Mtchedlidze (Agen) are at a lower level in terms of club competition.

The underdog tag will suit Georgia and they will be hoping to pull off a shock, as they almost did back in 2007, and will hope their back three will get plenty of ball to do damage out wide. I would expect that trio to do far more defending than attacking; however, as Ireland dominate the halfback and midfield battle, choking the Lelos of wide possession. 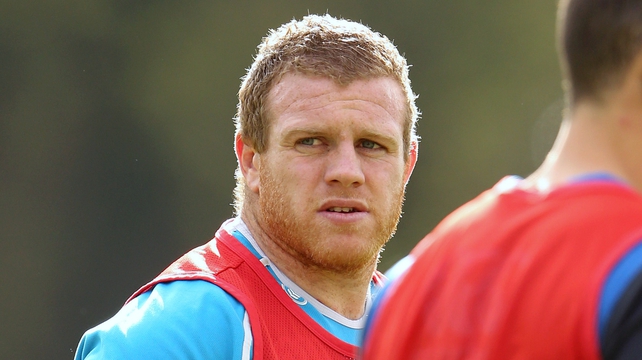 The other key element here is the the benches where Ireland are loaded with first teamers in the form of Sean Cronin, Jack McGrath and Devin Toner. Their experience, as well as the fresh legs and enthusiasm of Rodney Ah You – who gave an exhibition of ball handling skills while warming down after the South Africa game, Robin Copeland, Marmion, Keatley and Stuart Olding should be enough to put Ireland into a comfortable win in the final quarter in Dublin 4.

But again, as in the starting XV, the back reinforcements are not likely to be a match for their Irish opponents. In any case, by the time Vazha Khutsishvili (Kharebi),  Lasha Malaguradze (Stade Bagnérais) and Muraz Giorgadze (Armazi) are introduced the game should already be out of their reach.

This one should be about Ireland showing brute force up front and skill out wide to take a multiple try victory. The team selection is hugely exciting and shows the intent of the Ireland management to develop as big a squad as possible ahead of the 2015 calendar year. The feeling is that Madigan and Co will put on a show on Sunday and give Schmidt plenty of food for thought. Georgia will be hoping to disrupt that but it would be a brave man that suggest they can be successful in this endeavour.

Verdict: Ireland by more than 20. 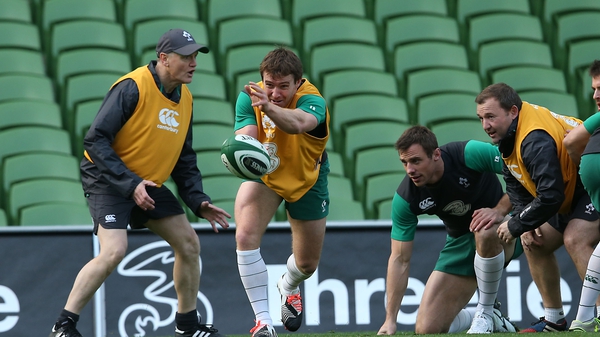 Schmidt: Georgia one of few chances to stake claim