Connacht skipper John Muldoon cut a frustrated figure after their loss to Ospreys, citing failure at the breakdown as a major stumbling point.

Pat Lam’s men sit in sixth position in the Pro12 table after the 26-11 defeat at the Liberty Stadium.

Back row Muldoon told RTÉ Sport after the game: “We just have to work on our breakdown. I think, obviously, they really lorded that today. It was something we highlighted earlier in the week and we're disappointed that it was like that.

“So we’ll have a bit of hard work on the training pitch for the next couple of weeks and we’ll make sure we’re ready for Zebre and Scarlets.

“We’ve two home games in a row now and we’ve got to get two wins out of those. Dan [McFarland, assistant coach] keeps saying that [the] top six is made before Christmas not after Christmas so we’ve got to make sure we’re in the top six come Christmas ‘cos we’ve a very tough Christmas schedule.

“We’ve the three Irish provinces. They’re very hard to beat away from home. We’ll regroup and hopefully we’ll have a good game in the Sportsground against Zebre” 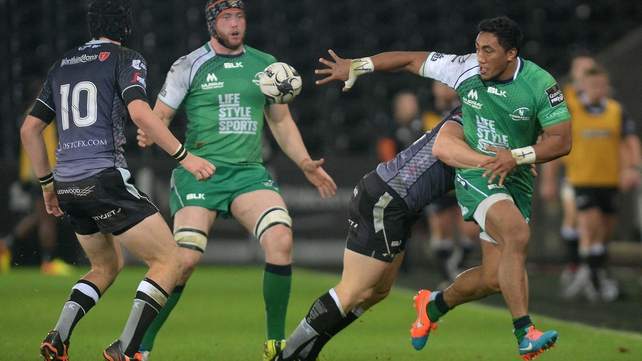 Asked about the contribution of debutant centre Bundee Aki, the 31-year-old stalwart said: “I thought he showed real good glimpses. He's obviously still getting to know everybody and getting to know all the calls.

"He’s a bit thrown in the deep end this week but he’s a good lad, he’s fitting in well. I think it will do him the world of good having another two weeks before the next game.” 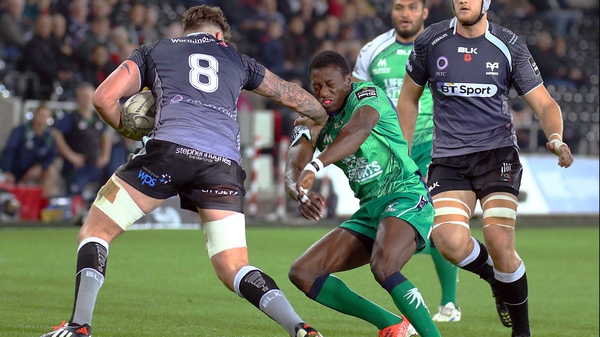 Ospreys soar to see off Connacht