Leinster’s Zane Kirchner has been ruled out of action for up to three weeks due to a hamstring injury.

The South African back picked up the injury during training in UCD ahead of their Pro12 clash with Connacht on Friday.

Coach Matt O'Connor said: "Zane Kirchner was forced off with a hamstring injury and he's going to be out for two to three weeks. It's just a tweak so we are lucky in that regard.“

Sean O’Brien, who took a bang on his ankle last week, will be assessed closer to the team announcement on Thursday.

Meanwhile, Richardt Strauss is back training with the group following his hamstring injury, although he won’t be ready to play for ‘some weeks’

O’Connor added: "Richardt is progressing really well and it was good to see him back involved with the rest of the group this week. He is still some weeks away but he has really stepped up his rehab this week." 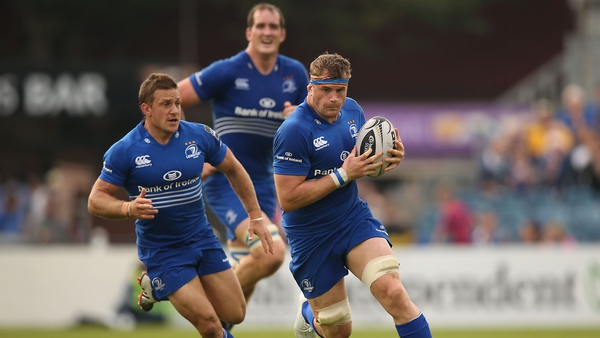