Leinster coach Matt O’Connor hailed a much-improved performance from his side in seeing off the challenge of the Scarlets.

The defending Pro12 champions were comfortable winners at the RDS on Saturday, running in six tries on their way to a 42-12 win.

The performance was a fitting response to Leinster’s disappointing season opener, when they were beaten 22-20 after a lacklustre performance against Glasgow.

Speaking to RTÉ Sport after the win, O’Connor said “It was significantly better, the performance, than last week.

“We knew that we were second best for most of it last week, and we had to try and right the wrongs of last week.”

O’Connor agreed that Leinster had taken their foot off the pedal after a good start against the Welsh side, but said he had been impressed by the manner in which they recovered to run out comfortable winners in the end.

“The turnover try, where we dropped the ball and they got a cheap one, took a bit of the momentum away, but the fightback was very good.”

He also said he hadn’t been too disappointed that Leinster had failed to secure a bonus point before half-time when Sean Cronin was denied a try by the TMO.

“It was probably important for our mindset to make that we had to go out and get a bonus point in the second half,” he said.

He said the Scarlets had “come to play” and that, even with Leinster 21-5 ahead, he was a keenly aware that “all it takes is a cheap try at that point and they’re back in the game.

“We had to make sure we played in the right areas, and backed out set-piece. I thought our set-piece, our lineout drive and our scrum were very, very good today.” 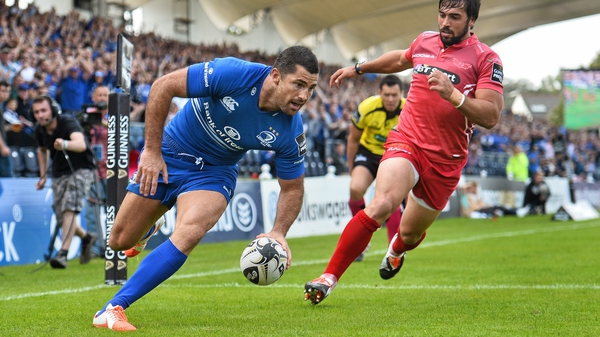