Ireland head coach Philip has said he hopes the achievements of the Ireland women’s rugby team can act as an inspiration for women’s sport in general in Ireland.

Speaking to RTÉ Sport in Marcoussis after Ireland secured a historic semi-final spot with a 40-5 win over Kazakhstan, Doyle said: “I think women’s sport has really come up in the last couple of years, and I think it’s about time a lot of people stood up and took notice of what’s going on in the women’s game, in all games.

“Rugby, obviously, is at the moment at the forefront. I'm delighted for our ladies.”

Asked what he expected the effect the women’s team's success in the World Cup would be, Doyle said he hoped it would lead to a lot more young women taking up the sport.

“It just brings a huge momentum to the country. And I know everybody is getting behind us, which is fantastic.

“We feel it here with our great supporters, and we know it through the media back home, and we can’t thank them enough for all their good wishes. Just bear with us; just one game at a time.”

Analysing the win over Kazakhstan, Doyle said that he told Ireland’s pack at half-time that they needed to deliver more ball to the backs.

“I just said they have to shore it up, go forward, clean it all up. The breakdown was a mess. Scrums were a little bit of a mess.

"We had a few issues with the technicalities of the scrum through the referee, but we just said 'stick to your game-plan'.

“To be fair to the starting eight, they picked it up early in the second half, and [then] it’s all about squad rotation, resting people, getting everybody ready for game four.”

Having achieved their initial goal of reaching the semi-finals, Doyle said Ireland would now re-assess their next target and see where they go from here.

“I won’t be telling you what it is, but you could take a good guess,” he said. “We’ve still got an awful lot of work to do. We’ve only got three days preparation now before the semi-final.

“I think we’re quite fresh. We’ve got 26 players to select from, and that’s all good.” 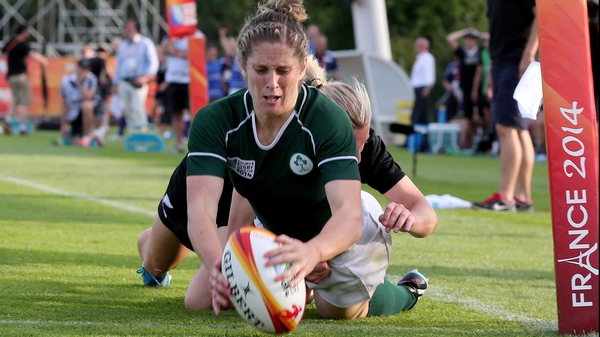