Former Ireland centre Maurice Field believes that failure to live up to the high standards set by Joe Schmidt with Leinster and Ireland ultimately cost Mark Anscombe his job as Ulster head coach.

Anscombe was relieved of his job on Monday, with Ireland assistant coach Les Kiss taking over as interim director of rugby.

“Brian McLaughlin probably got them two years early in their development, as to where Ulster would have seen themselves, getting to the Heineken Cup final against Leinster (in 2012),” said Field.

“Mark Anscombe, in his first year, got them to the Heineken quarter-finals and the final of the Pro12 but they never quite got across the line and what came into question was probably some of Mark’s coaching techniques.

“Some of the senior players, because they’d been dealing in the Irish set-up with Joe Schmidt and Les Kiss, and seen their attention to detail, had come back and maybe thought that Mark’s operating style was completely different.

“The Irish boys have seen the benefit of that, winning the Six Nations, and that’s the level you have to be at.

“Many of the Irish internationals, when they’ve come back from camp, have said ‘Dear God, that is a wake up call’.

Field said that with a different approach, he thought the Northerners could have achieved more this year.

“Schmidt challenges the players and I think that’s where Ulster fell down this season. When they got into positions where they were challenging for silverware, they failed to make the right decisions, and that comes down to the attention to detail at that time.

“That’s why Ulster was found wanting this season.”

Field believes however, that inheriting the structure put in place by former director of rugby David Humphreys, who recently joined Gloucester, was a hindrance to Anscombe’s attempts to improve Ulster.

“You’ve got to remember that when Mark Anscombe came in, there was already an established coaching team there,” said Field.

“He inherited someone else’s team and it’s very difficult in that situation to put your own stamp on a squad.

“It probably would have been different for Mark if he’d been able to bring in his own coaches.” 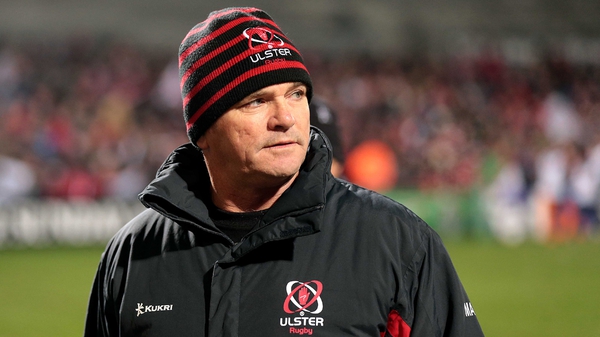