Ulster have announced that Mark Anscombe has left his position as head coach "with immediate effect". Ireland assistant coach Les Kiss has joined the province as "interim director of rugby".

Anscombe took over ahead of the 2012/13 season and had signed a contract extension in February which suggested he would remain in charge next season.

Ulster said in a statement: "Following the departure of director of rugby David Humphreys, Ulster Rugby has today announced that head coach, Mark Anscombe, is to leave the province with immediate effect.

"Les Kiss will take-up the position of interim director of rugby to allow time for a review of the coaching structures at Ulster Rugby to take place.

"Kiss will continue as Ireland assistant coach and will combine his duties with the international side with his new role at Ulster."

Ulster Rugby chief executive Shane Logan paid tribute to Anscombe, who led Ulster to Heineken Cup quarter-finals in both his campaigns in charge and to the runners-up spot in the 2012-13 RaboDirect Pro12 league.

“I would like to pay tribute to the contribution that Mark Anscombe made over the past two seasons and to thank him for his hard work and dedication.

“Everyone at Ulster Rugby wishes him well for the future.

“Les Kiss will have an expanded remit for the province’s director of Rugby and will lead the coaching staff, assisted by Jonny Bell and Neil Doak and will manage firstst team selection.

“His appointment allows us time to recruit for long-term success."

Les Kiss will start work at Ulster Rugby on 19 July. 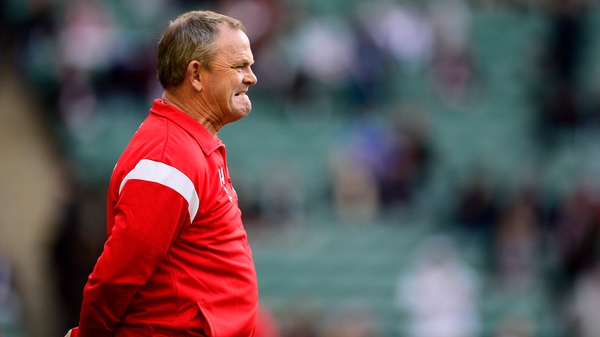