Glasgow Warriors have secured Munster centre James Downey on a two-year contract, subject to a medical.

The 33-year-old Ireland international moves to Glasgow until at least May 2016, after spending the last two seasons at Munster.

Downey made 47 appearances for Munster and has featured in all of their Heineken Cup games over the past two seasons.

Downey made his senior debut for Ireland when he started against Canada on the tour to North America last summer.

He will join up with his new team-mates at a pre-season training camp in France next week.

"Hopefully I can have a successful couple of years in Glasgow"

Downey said: "I'm really excited about moving to Glasgow and taking on this new challenge.

"This is a great opportunity for me to join an ambitious club and hopefully I can have a successful couple of years in Glasgow.

"The squad gets stronger each year and reaching the RaboDirect PRO12 final for the first time last season shows the progress the club is making. I know I'll have to work hard to get into the team.” 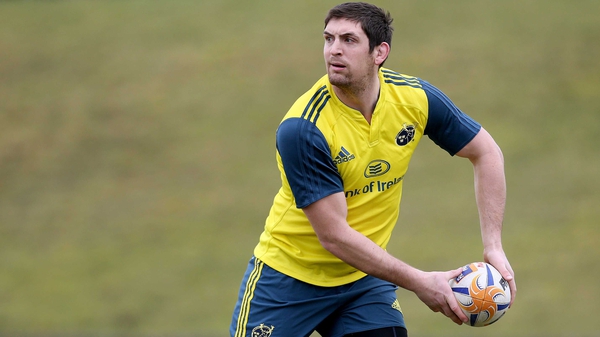