New Zealand captain Richie McCaw played with a broken rib for part of the series against England to help the All Blacks sweep the tourists 3-0, coach Steve Hansen said on Tuesday.

Hansen also confirmed the 33-year-old flanker would miss the rest of Super Rugby's regular season in a blow for the Canterbury Crusaders' hopes of winning a record eighth title.

"Unfortunately he got a broken rib which he did possibly in the second Test," Hansen told New Zealand's Radio Sport.

"So, just a courageous effort for him to be out there and doing what he does."

"Unfortunately he got a broken rib"

Hansen said team doctors had assessed McCaw during the series and just thought the rib was "badly bruised".

"So he played in the last one and he was really sore after that, so obviously he's done some more damage to it in the third Test," he added.

The Crusaders lie third in the tournament and are currently top of the New Zealand conference, leading the Highlanders by three points. 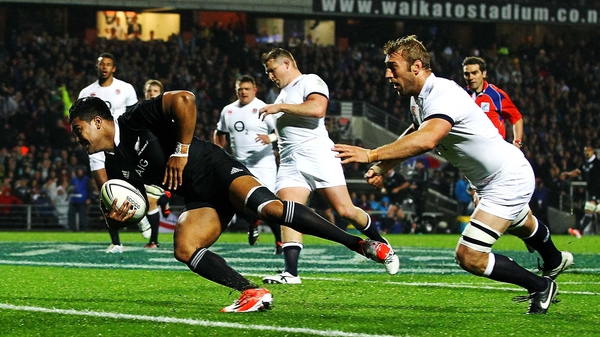