Joe Schmidt has made eight changes, seven in personnel and one positional, to the starting XV that beat Argentina 29-17 in Resistancia last Saturday for Ireland’s second Test against the Pumas.

Rob Kearney starts at full-back in place of Felix Jones, who drops out of the match-day 23.

Both wings, Andrew Trimble and Simon Zebo are retained from the first Test, but in the centre Fergus McFadden lines out at 13 with Darren Cave moves to inside centre.

There is no place for Ulster's Luke Marshall, who had been identified as an injury concern after he was taken off in last week's game, apparently as a concern over a possible knock to the head. However there were not any details as to why Marshall was not selected.

Eoin Reddan comes in at scrum-half to partner Johnny Sexton.

In the pack David Kilcoyne is named in the front row alongside Rory Best and Mike Ross and Devin Toner is reunited with captain Paul O'Connell in the second row.

Jamie Heaslip and Rhys Ruddock are introduced to the back-row with Chris Henry continuing at open-side. 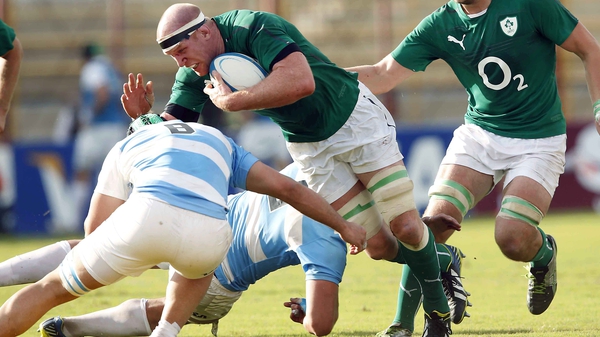 Paul O'Connell wants to back up win over Pumas Rugby