Ireland captain Paul O'Connell has predicted another big battle next weekend when his side bids to back up their first ever victory in Argentina by overcoming the Pumas in the second and concluding Test.

The 29-17 win at Estadio Centenario was O'Connell's first time playing in Argentina and the Munster lock was not surprised Ireland were forced to dig deep to achieve the win.

But he believes the Six Nations champions made it difficult for themselves as they were guilty of some basic errors.

"It was very hard going, we knew it was going to be physical which it was. We didn't know we were going to be as inaccurate as we were. We put a lot of balls down and missed some tackles," O'Connell said.

"They had some very big men, some really good footwork and they put us under a lot of pressure and it kind of thrived off our mistakes, we were unlucky not to score a try early in the first-half. And 30 seconds later we were lucky not to concede a try.

"So that's kind of the way they play and we knew that but I suppose we were intent on trying to stop that and we didn't do that.

"They put us under a lot of pressure, I think the result is great but the performance is disappointing."

"They put us under a lot of pressure, I think the result is great but the performance is disappointing" - Paul O'Connell

O'Connell admitted the key now is to put in another good week's work and wrap up a highly satisfactory season with another win when the sides return to northern Argentina and clash in Tucuman.

"I think it's important to be able to try and play well without having a reference point, our last reference point was the France, a lot of the boys wouldn't have played in that game," he said.

"You look at what England did going down to New Zealand putting in a big performance against them, that's what we needed to do and we didn't do that.

"This gives us something to work on now and something to review over the next few days and knowing Joe Schmidt it will be a very tough review and hopefully our performance will improve next week." 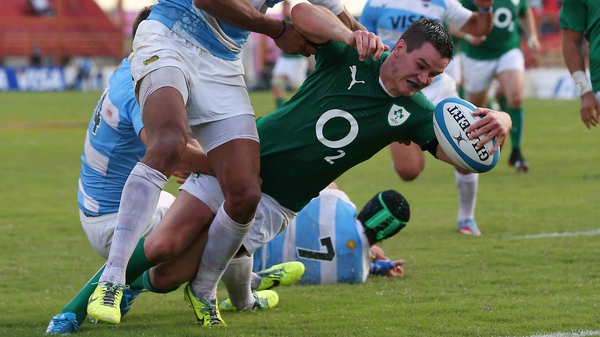